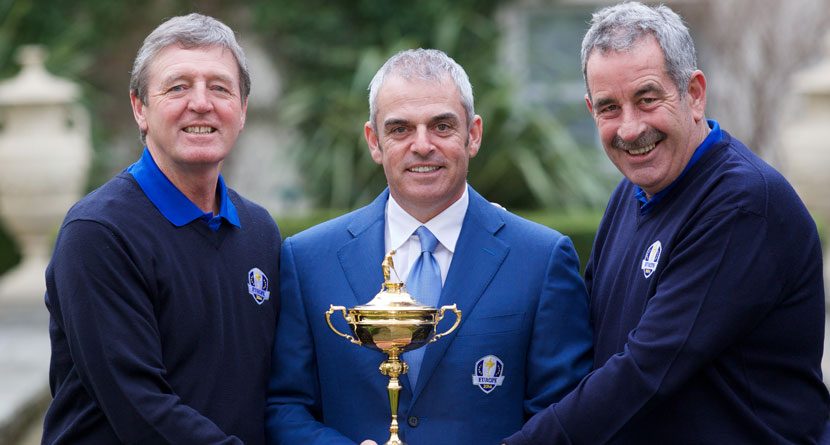 Torrence appeared in the Ryder Cup eight consecutive times between 1981 and 1995. He also captained the victorious European team in 2002 at the Belfry and famously buried a 22-foot putt to end the Americans’ hopes for victory in the 1985 matches, also at the Belfry in England.

“I am delighted to officially unveil Des and Sam as two of my vice captains for the Ryder Cup,” McGinley said during the press conference. “As well as being good friends, they are two guys that I greatly admire both personally and professionally and I know they will be vital assets to me in Scotland in September.”

Other Hot Links:
– Golfers Hit Speeds of 150 MPH at Cadillac Challenge for Charity
– Mantys: The Latest Innovative Way to Get Around a Golf Course
– 5 Things You Need to Know: Cadillac Championship
– Will Ferrell’s Desert Showdown Smells of Rich Mahogany
– Tiger’s Back: Woods Set to Play WGC-Cadillac Championship