Paula Creamer Among Golf’s Best Nominated at the ESPYs 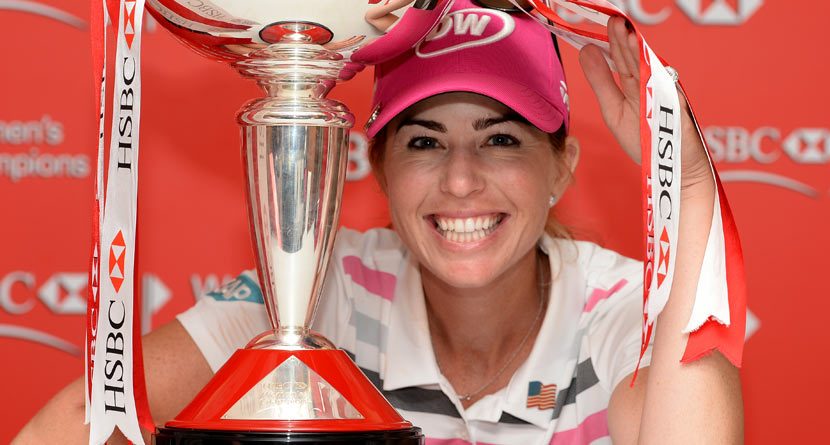 Earlier this year, Paula Creamer authored one of the most clutch putts in recent memory to seal victory at the HSBC Women’s Championship. It was her first victory since her major breakthrough at the 2010 U.S. Women’s Open at Oakmont.

Now, Creamer finds herself up for an ESPY because of it. Her 75-footer to win is in the final four in the “Best Play” category. In case you’ve forgotten about the epic putt or you just missed it, here it is:

She’s got stiff competition in the category, however, so if you want to see Paula take home the prize you’d better get voting. Her putt goes up against two miracle plays by the Auburn Tigers (which, Jason Dufner is probably voting for 100 times a day) and Damian Lillard’s buzzer-beater to put the Portland Trail Blazers in the second round of the NBA Playoffs.

Along with Creamer’s putt, golf will be represented at the ESPYs with the “Best Male” and “Best Female Golfer” categories. In the male golfer category, Martin Kaymer, Henrik Stenson, Adam Scott and Bubba Watson are up for the award. Best Female Golfer pits Stacy Lewis, Inbee Park, Michelle Wie and Suzann Pettersen against each other.

Voting for the ESPYs ends July 16th. The awards are hosted by Drake, and air at 9 p.m. the same day.