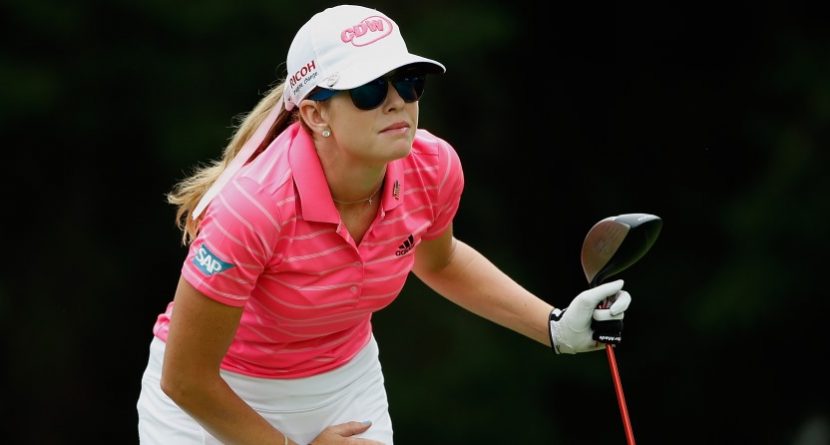 To the surprise of no one, Maria Sharapova again tops Forbes’ list of the world’s highest-paid female athletes. The tennis superstar is No. 1 for the 10th straight year after earning $24.4 million – $22 million of which came from endorsements alone – between June 2013 and June 2014.

But those big hitters didn’t completely monopolize the list. Figure skater Kim Yuna checked in at No. 4, followed immediately by racecar driver Danica Patrick. And rounding out the top 10 is golf’s lone representative: Paula Creamer. Creamer’s prize money within Forbes’ time frame totaled $1 million, helped largely by her incredible victory in March at the HSBC Women’s Champions in Thailand. But her endorsement earnings reached $4.5 million, thanks to sponsors such as adidas, TaylorMade, CDW, SAP, and Ricoh.

Considering her history, Creamer appears a solid bet to make the 2015 list as well, and she could have some golf company. Stacy Lewis, ranked No. 1 in the world golf rankings, is currently leading the LPGA Tour money list with more than $1.9 million, and she counts KPMG, Omega, Titleist and Mizuno among her partners.

No. 2 on the LPGA money list is Michelle Wie with more than $1.6 million in earnings. She’s up to No. 5 in the world rankings and her popularity soared after her first major victory, the U.S. Women’s Open in June. Wie appeared at No. 5 on Forbes’ 2008 top-earning female athletes list, and now that her game has matched her name, she’s bound to collect more from Nike, Kia, Omega, McDonald’s and Sime Darby.