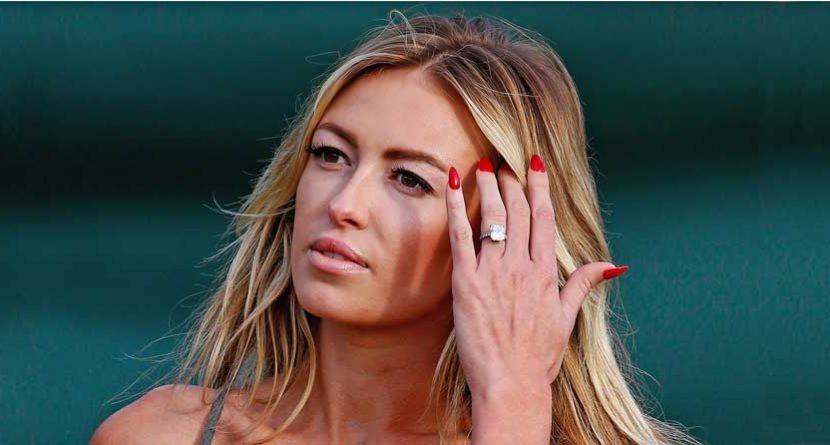 Mother Nature wasn’t the only one making waves in Hawaii this week as Paulina Gretzky joined her fiance Dustin Johnson at the Hyundai Tournament of Champions. And Dustin is making noise by once again playing well at Kapalua, attempting to defend his title from last January.

Paulina is being Paulina, following her beau and attracting a following of her own. Earlier this week, Johnson and Gretzky celebrated their one-year dating anniversary in Hawaii, and have been talking about finally tying the knot in the fall. Last year at this tournament, Gretzky’s support of Johnson caused a huge media frenzy and now they’re blowing up Twitter and Instagram again.

Last year, the couple seemed inseparable and were seen together all over the globe, from a PGA Tour stop near you to red carpet galas and award shows. It’s looking like 2014 will be no different for everyone’s favorite lovebirds.

Ahh…love is certainly in the air.