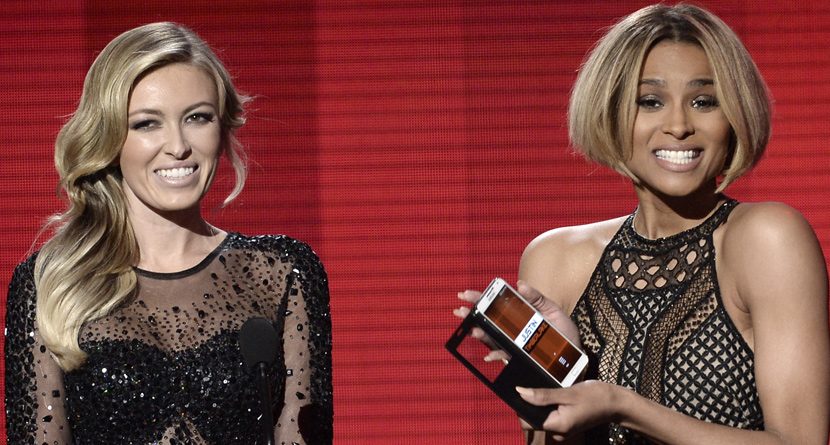 Paulina Gretzky and her man, Dustin Johnson, were at the American Music Awards this year, turning the tables by giving Dustin the chance to cheer HER on for a change. Johnson, who has been accompanied on Tour all over the world with by his future wife, watched as she presented an award to Justin Timberlake for his album, “The 20/20 Experience.”

Social media was abuzz with comments about the “It” couple leading up to, during and after the event. The AMAs tweeted this photo of Paulina backstage before the show:

After the show, both Paulina and Dustin took to Instagram to document the evening:

Timberlake made sure to acknowledge Johnson upon accepting the award. Paulina pointed her man out to JT (who also happens to be the proud owner of a single-digit handicap and his own golf course), who gave a nod to the world’s No. 14 and then made a mock golf swing with the latest addition to his trophy case in celebration.