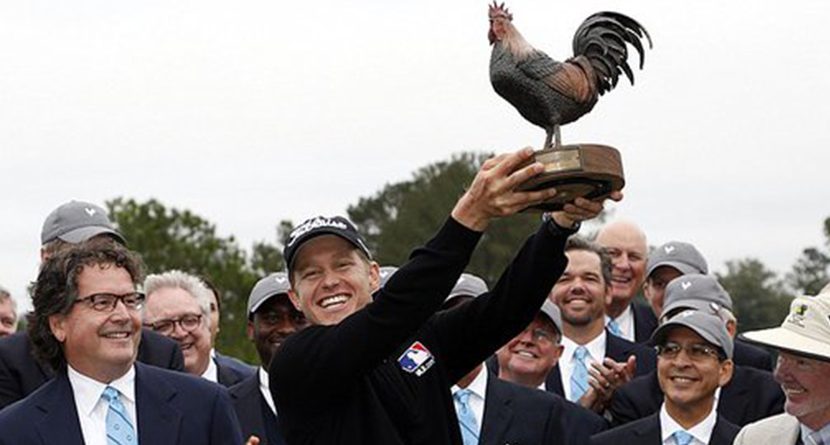 Peter Malnati has a blog. While keeping a running written account of the personal goings-on of a professional golfer is rare, it is not unique. However, Malnati’s latest post — published on Wednesday, Nov. 4 — proved to be prophetic as the 28-year old went on to win the rain-drenched Sanderson Farms Championship at the Country Club of Jackson.

Making his second foray on the PGA Tour, Malnati wanted to envelop himself in the process of getting better this season instead of letting outcomes dictate his measure of success. To do that, the University of Missouri alum reconfigured his “Goal Page” to resolve what he called “unfinished business.” En route to capturing his first PGA Tour title — the fifth player to do so in the wraparound season so far — Malnati accomplished many of his performance goals hitting 83.33% of greens in regulation, shooting rounds of 69-66-68-67 and leading the field in strokes gained-putting, besting the average by an insane 11.851 strokes. That’s what the stats bear out when you make 495 (!) feet of putts over the course of four rounds.

As for the “Federer-like composure” Malnati was practicing, he stayed relatively calm down the stretch, playing the final 12 holes in 5-under par to post the clubhouse lead at 18-under. It was only while waiting around to see if his score would hold that we saw some nervous energy get the best of Malnati.

Peter Malnati getting ready for a possible playoff. pic.twitter.com/aOlX16C5UL

The win also vaulted Malnati up the Official World Golf Rankings  by 163 spots, landing at 187th in the world. He also cashed a winner’s check of $738,000, $10,849 more than he made during his previous four years Tour (PGA and Web.com) combined.

That sound you hear is Malnati’s dry-erase marker updating his Goal Page.