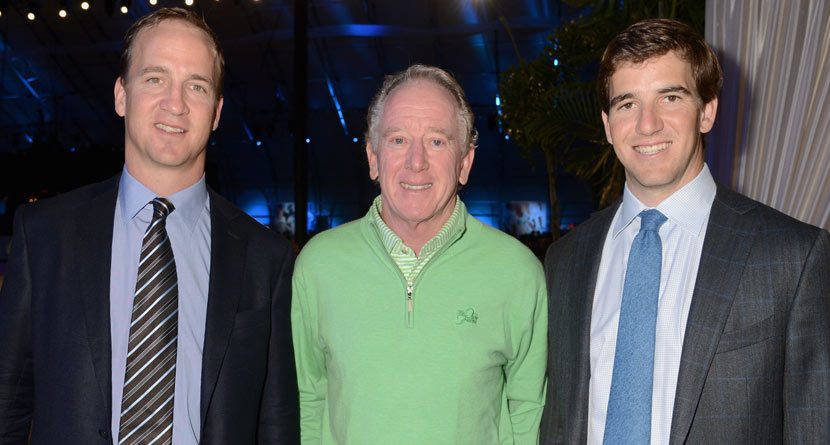 There has been a story swirling around the Internet that Peyton Manning was arrested for cocaine possession in Nashville. That was true, but it was not the Peyton Manning.

The Peyton Manning spent the past couple days giving the commencement speech at the University of Virginia and then out on the links with his brother, Eli, and his dad, Archie. They even ran into a couple of the LPGA Tour’s biggest stars, Irene Cho and Morgan Pressel:

Among those spending some time today on No. 2 today at Pinehurst: Archie and Peyton Manning. And Eli (not pictured). pic.twitter.com/hilcy8zngG

That’s the Mannings playing Pinehurst No.2, the legendary North Carolina course hailed as “America’s St. Andrews” which will host both the 2014 Men’s and Women’s U.S. Opens.

Interestingly enough, in getting on the course, the Mannings accomplished something that not even six-time U.S. Open runner-up and five-time major champion Phil Mickelson couldn’t do: get a tee time at Pinehurst.

Other Hot Links:
– Former PGA of America President Jim Remy Now on the Bag
– Frankencart: Four Old Golf Carts and a Pontiac
– Luck of the Irish? Not So for Padraig Harrington
– Weekend Recap: Brendon Todd, Miguel Angel Jimenez Triumph
– A Look at the 17 Men to Hold Golf’s World No. 1 Ranking