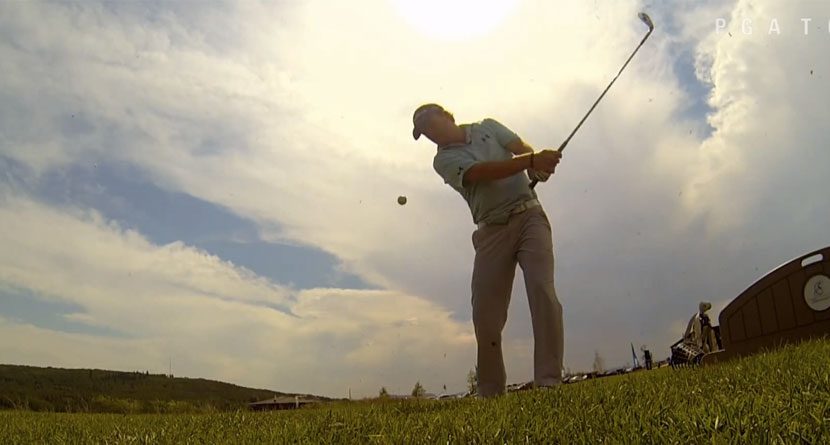 A good trick shot video is always fun to watch because face it, we’ve all tried them. And when we pull one off, we wonder whether a professional golfer could do the same trick. Wonder, no more.

The Web.com Tour started its own “Trickshot Challenge,” where players attempted to recreate fan-submitted trick shots. They pulled off most of them successfully, but had some trouble with others.

Since the Web.com Tour is holding said “Trickshot Challenge,” PGA Tour Canada players decided to join the fun and submit their own trick shot videos … and the shots are awesome.

I must say these might be tough to copy:

Good luck, PGA Tour Canada. Especially with the “juggling with the top of the driver” shot.

There were definitely some good ones in there. We’ll see if any stump the Web.com players.