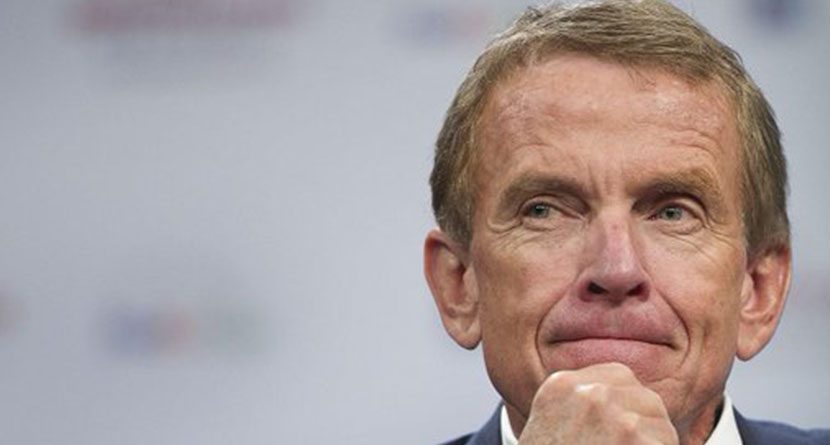 PGA Tour Commissioner Tim Finchem ranks rather highly among the movers and shakers in the sports business world, according to SportsBusiness Journal.

Finchem, the Tour’s head man since 1994, ranked 17th on the list of the 50 Most Influential People in Sports Business, behind big names such as John Skipper (ESPN) and Roger Goodell (NFL Commissioner), but ahead of other power brokers like Thomas Bach (International Olympic Committee) and Mike Emmert (NCAA). Perhaps the most telling statistic as to the impact Finchem has had in the past 20 years is the growth in purse sizes on the Tour. When Finchem took over in 1994, the total PGA Tour purse for the season was $56.4 million and by 2006, that number had increased by 455% to $256.8 million.

Partly thanks to the rise of Tiger Woods, Finchem struck while the iron was hot to land lucrative television deals in 1997, 2001 and 2005. In 2011, Finchem helped to negotiate another television extension with CBS and NBC through 2021. The Tour is already in the midst of a 15-year contract with Golf Channel that will also expire in 2021, allowing for a strong round of bidding to take place that will likely improve the Tour’s standing yet again.

Finchem’s most recent contract, a four-year deal, is set to expire in June of 2016. However, Finchem has not committed to stepping down at the point.

Further down the list at No. 42 is former TaylorMade-Adidas CEO Mark King who is currently the president of Adidas Group North America.