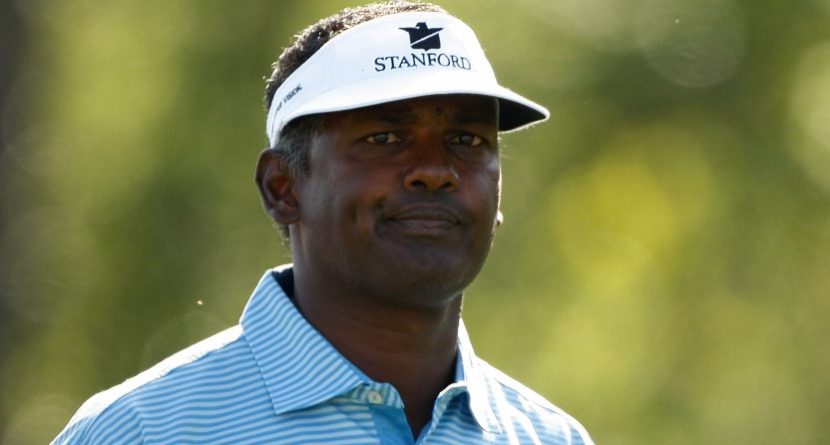 Vijay Singh and the deer antler spray case isn’t dead yet. The PGA Tour wants it to be, but it’ll have to await a judge’s decision.

Lawyers for the tour on Thursday asked Justice Eileen Bransten to toss out Singh’s lawsuit, which claims the tour exposed the 50-year-old Fijian “to public humiliation and ridicule for months.” This came after he was exonerated from breaking any rules in the wake of his admission that he used deer antler spray, which contains a banned substance. Singh never failed a test for the drug, so his record was cleared. But he feels his reputation was not, thus the lawsuit. The PGA Tour doesn’t believe Singh has much of a case.

“No one pressured Mr. Singh to play on the PGA Tour,” said attorney Jeffrey A. Mishkin during a hearing in New York. “He wanted to play, and like every other player, he accepted the eligibility requirements.”

And so, the odd and unusual saga continues.