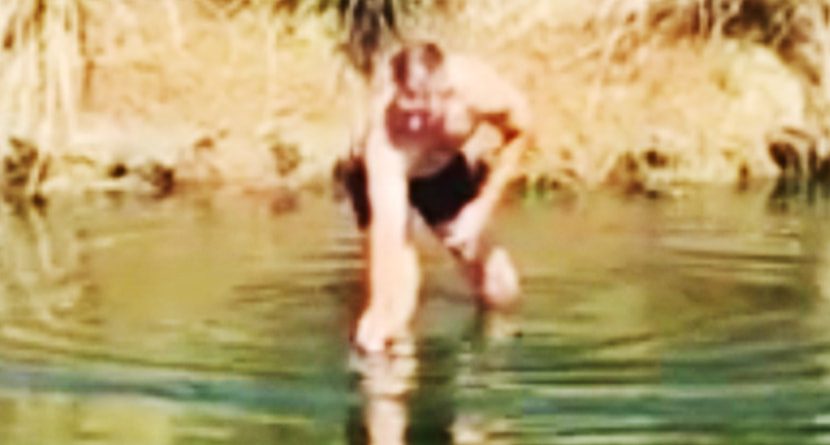 What does Greg Owen do when he sees a baby bird fall into a lake at the 16th hole… Save it of course. https://t.co/XGVF5ACmtA

Greg Owen has only made the cut at the PLAYERS Championship once in four tries, but the 44-year old Englishman has some karma on his side this year. During his practice round on Tuesday, Owen waded into one of TPC Sawgrass’ lakes to play the role of animal rescuer. His coach, Tony Ziegler, took the video and provided some context on Facebook.

Working with Greg Owen during his practice round at TPC Sawgrass today for the Players Championship. Walking off the 16th tee with Greg and Brandt Snedeker when a baby blue jay falls out of a tree, tries to fly across a pond only to make it half way across. What does the 6’5 210 lb big man do? Jump in and save the bird of course!! ‪#‎bigheart‬ ‪#‎animallover‬

That’s a nice gesture and all, but shouldn’t Owen have been a little more cautious about some of the other lake-dwelling animals that call TPC Sawgrass home?

Just asked Greg Owen if he was worried about a gator when he saved that bird from the pond. "Ah, I'd just poke its eyes out." Alrighty then.

PGA Tour pros. They’ll do anything to save birdie.