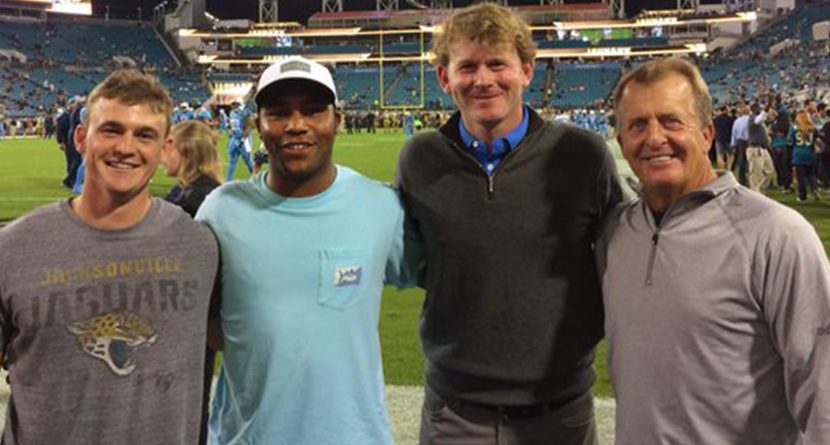 There’s nothing like a Closest to the Pin competition among friends. On Thursday night in Jacksonville, it was just Brandt Snedeker, Jason Dufner, Fred Funk, Harold Varner III, Bud Cauley, a club, a ball and a flagstick 125 yards away. Oh, and 61,000 football fans watching them hit from an elevated tee to the middle of an NFL stadium.

But those are minor details.

The five PGA Tour pros traveled from Sea Island, Ga. where they are competing in the RSM Classic to Jacksonville’s EverBank Field to provide some much-needed halftime entertainment after the Jaguars and Titans combined for 12 points — all field goals — in the first half of their Thursday Night Football showdown.

This is our impending shot.. @JasonDufner is doing some serious stretching!! pic.twitter.com/o48mmtB1oP

The contest benefitted the charities of the colleges of each player. In an elimination-style contest Varner III reigned supreme, outlasting not only his four peers, but also Jaxson de Ville, the Jaguars formerly formidable mascot.

Here’s how pumped @HV3_Golf was to drop one on the midfield logo last night. pic.twitter.com/KyJebNYByW