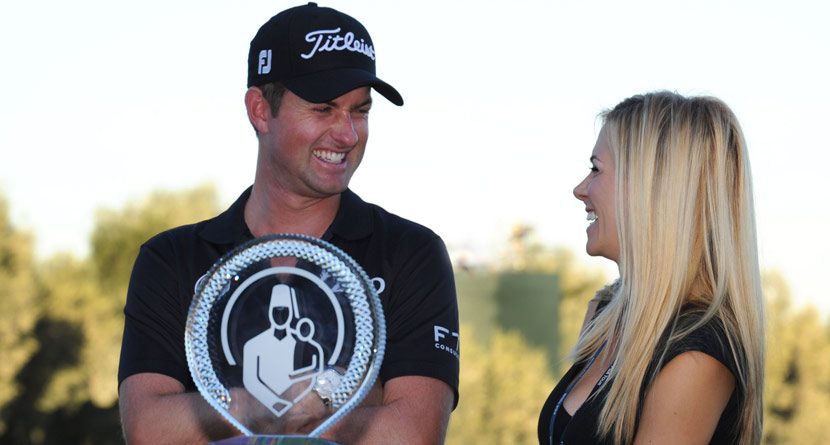 If you are looking for a downside to the new PGA Tour “wraparound season,” you probably shouldn’t ask the players. The six tournaments that were considered lower-tier events are now part of the full schedule. All of the benefits of winning any PGA Tour event are now highlighted in the fall.

Sure the tour will talk about FedExCup points and other benefits, but there is even more to it than that. The PGA Tour got the PGA of America and Augusta National on board as well. Players this fall earned Ryder Cup points and the winners earned a spot in Augusta.

The Golf Channel ratings didn’t reflect what anyone could call a successful fall, but from the tour’s and the players’ standpoint, this was an enormous step up. One indication is that the PGA Tour had determined that all 50 of the Web.com Tour graduates would likely get into the four North American-based events in the fall. They came to that conclusion based on the previous several years and the exempt players that entered those events.

One of the unintended consequences in giving these tournaments full benefits was that more exempt players opted to tee it up in places like San Jose and Las Vegas. Good for the tournaments, but bad for the dozen or so guys who earned a PGA Tour card and have yet to get the call that they are in a tournament.

Those players will get their opportunity and future players will understand the value of playing well in the Web.com Tour Finals and having a higher priority number. And there is liable to be some tweaking to that system. The Web.com Tour graduates who are guaranteed a spot in the 50 should earn some protection. The man who finishes second on the season-long money list could fall to the bottom of the top-50 if he doesn’t play well at the end of the season.

OK, all of that is so “inside baseball” that you’re probably wondering why you’re still reading. Let me put all of this into terms that are far easier to understand. Last year, Tommy Gainey made $720,000 for winning the McGladrey Classic. This year, Chris Kirk made $990,000 for taking that tournament and earned a spot in the Masters. That wasn’t the biggest jump either. The OHL Classic went from a $3.7 million purse to a $6 million purse with over $1 million to the winner. Harris English was already in the Masters, but the cash still spends and the 500 FedExCup points he received guarantee that he will be in the playoffs.

I understand that at a time of year when football is in full swing, and basketball is getting underway, that golf without Tiger Woods and the other biggest stars in the game doesn’t appeal to everyone. But the playoffs didn’t appeal to everyone at first either. Then Tiger won the FedExCup and Lee Westwood and other Europeans saw them and decided to participate. Now there is compelling and relevant golf after Labor Day (and the players still wear white pants, but that is another story altogether).

Will that momentum extend into the first few events of the fall at some point in time? That remains to be seen. These events are here to stay. That seems certain. And think of all those golf fans in Tampa, Jacksonville, Atlanta, Washington and Minnesota whose NFL seasons have been reduced to their floundering fantasy teams. Maybe golf in the fall is just the thing to get them through the winter.

Either way, it’s over now … for a bit. The PGA Tour will be back the first week of the New Year from Maui in prime time. Nice work if you can get it.

John Maginnes played the PGA Tour from 1996 to 2005 and very few people noticed. Since 2004, John has been a broadcaster and writer for a variety of different outlets. Currently, John hosts Maginnes on Tap weekday evenings on SiriusXM PGA Tour Radio. He also contributes to the live coverage of PGA Tour events. Most recently, he has become a contributor to Back9Network and brings his knowledge of the game, his wit and his pension for 19th holes to our members.

Related Link: The Role of Media in Golf