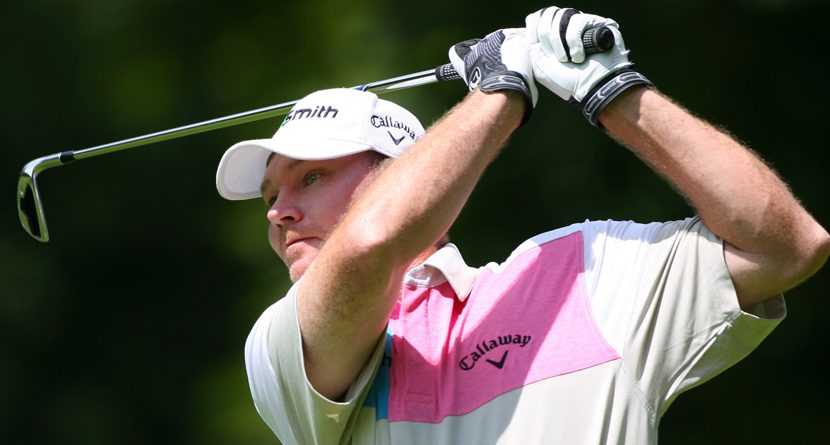 Previous Page: The 9’s – Showing The Love & Showing Off

Aaron Baddeley has the hottest wife on the PGA Tour.

Tiger Woods will finish his career with more than 18 major victories.

These are a few of the results of a Golf.com poll of 70 PGA Tour golfers. There are some very intriguing answers here.

For example, one player, when asked whether or not Woods really liked Rory McIlroy, said this: “I don’t think he really likes anyone.” And then there was this response to the question of which tournament they would like to win, the Players Championship or the U.S. Open: “The Players. Majors are overrated.”

We detect some sarcasm there, but it’s a revealing answer — especially since the Players is regarded as the “unofficial fifth major.” If we had any pull (we have none), we would make the Players an actual major. But again, our status as a lowly blogger means this will never, ever happen.

Oh, and here’s another one. And it ties in nicely with the piece we wrote last week about the amount of sleep Tour golfers get (seven!). Fifty-one percent of those surveyed do not drink alcohol with dinner the night before a tournament round.

How about this comment, made by one player when asked if the PGA Tour should follow the USGA rulebook as it does now: “The USGA should not have anything to do with the PGA Tour. It isn’t qualified to make our rules.”

As far as Baddeley, one question we think should have been asked is who has the worst hair on Tour. Because he sure seems like a good candidate for this distinction. And Gainey, who wears a wet-weather glove on each hand during his entire round? Let’s just say we pretty much agree that his swing is as ugly as they come. It was once compared to “trying to kill a snake with a garden hose.” That’s quite a statement.

Almost as good as the one assigned to Jim Furyk’s swing (the second worst on Tour): “Like an octopus falling out of a tree.”