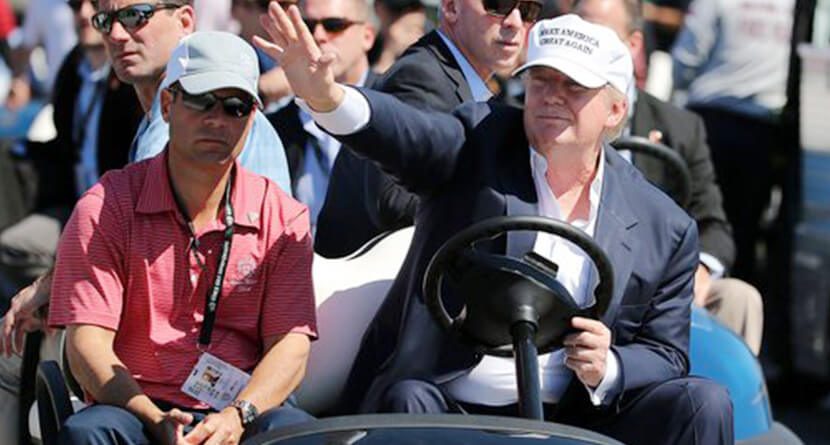 Donald Trump didn’t mince words when it came to the PGA Tour picking up and leaving Trump National Doral for Mexico City for the site of the former WGC Cadillac Championship.

It is a sad day for Miami, the United States and the game of golf, to have the PGA Tour consider moving the World Golf Championships, which has been hosted in Miami for the last 55 years, to Mexico. No different than Nabisco, Carrier and so many other American companies, the PGA Tour has put profit ahead of thousands of American jobs, millions of dollars in revenue for local communities and charities and the enjoyment of hundreds of thousands of fans who make the tournament an annual tradition.

Once the details trickled out, however, the PGA Tour was just speaking a language Trump understands better than most: money. The move came down to dollars and (common) sense.

The Miami Herald reported just how lucrative the sponsorship deal was to the Tour:

On Wednesday, the PGA announced a new sponsorship deal from Grupo Salinas, a media and financial conglomerate based in Mexico City. The deal was reportedly valued at $16 million a year, roughly double what Cadillac was willing to pay to extend its sponsorship in Doral.

Shortly after the news broke on Wednesday, Grupo Salinas Chairman Ricardo B. Salinas tweeted an invitation to Trump to join them at the tournament next year.

.@realDonaldTrump, you’re welcome to join us at the WGC. Only good things can turn out, if you know the real Mexico. https://t.co/ET72UmO0BG