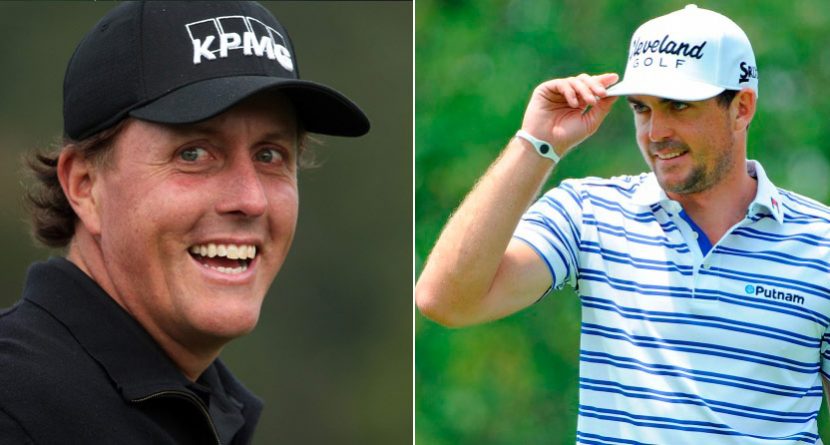 Phil Mickelson and Keegan Bradley are great friends — which means they trash talk better than even the most bitter of rivals. That trash talk has been on full display this week in Phoenix.

During Wednesday’s pro-am and practice rounds, Mickelson and Bradley apparently spent the afternoon trading barbs with one another — and they weren’t even in the same group.

“‘When I outdrove him today by 30 yards, I left him a note in the fairway, letting him know the senior tees are not that far off,” Bradley said.

Mickelson, of course, fired back, saying, “I guess he really hammered one. I had not played the hole before. I just hit a little stock cut. … He was 11 yards by me. If that’s what it takes to stroke his ego, then that’s what it takes. Had I known that he was going to make a big deal about it, I would have swung a fraction harder and put it past him.”

This is nothing new for these two, who are often paired together for practice rounds and Ryder Cup matches. Thanks to their bond, they know what will get under each other’s skin — something Mickelson admits isn’t that tough to do with Bradley.

”I find it very easy to get in his head.”

Related Link: Tour Stops: Outside The Ropes At The Waste Management Phoenix Open