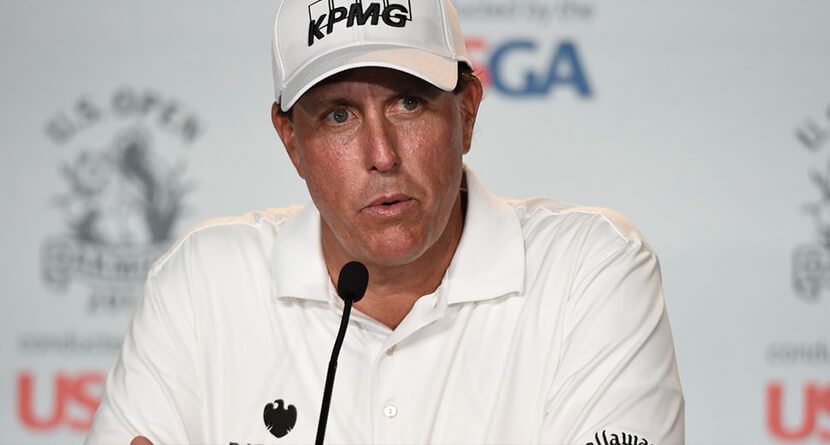 Phil Mickelson’s nefarious off-the-course behavior has been making news in the recent months, but the five-time major champion has been relatively coy in his dealings with the media in the aftermath of his involvement in an insider trading scandal.

Mickelson gave a brief, but vague statement dripping with public relations catch phrases at the Memorial Tournament two weeks ago. However, ahead of the U.S. Open, reporters got their first chance to really grill Mickelson about his off-the-course actions prior to the start of the second major championship of the season.

To another reporter’s credit, they asked Phil about the PGA Tour’s discipline or lack thereof to this point. The transcript doesn’t do Phil’s response justice, but the question tripped up Mickelson momentarily before he responded.