Phil Mickelson Hit A Shot From The Hospitality Tent 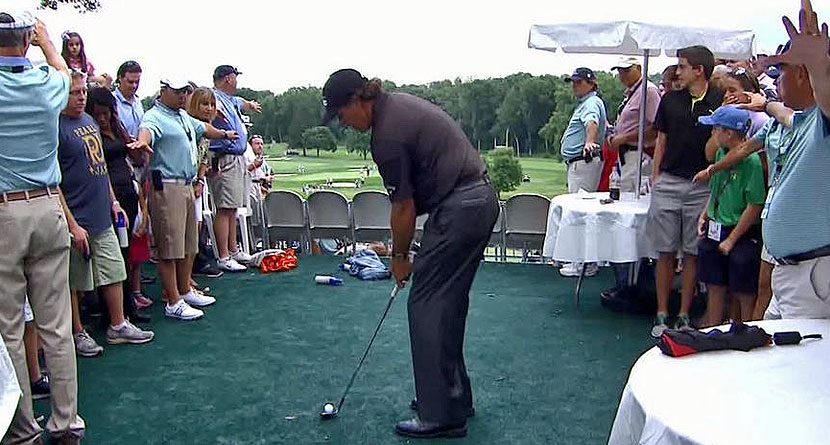 Is there honestly a place on the golf course where you wouldn’t expect Phil Mickelson to hit a shot from? He’s played out of pine straw, the back sides of bunkers, and even cart paths — and done it well every time.

This time, Mickelson found himself in an unfamiliar spot: the hospitality tent.

Yep. Mickelson’s tee shot (somehow) ended up in the beer tent on the fifth hole, and rather than taking a drop, he played it from there.

The only surprising part about this shot is that he didn’t stick it to 3 feet. He went on to make bogey on the hole, and is 2-over for the tournament.

Another day in the life of Phil Mickelson. Expect nothing less.