Phil Mickelson Hits Marshal In Head With A Drive 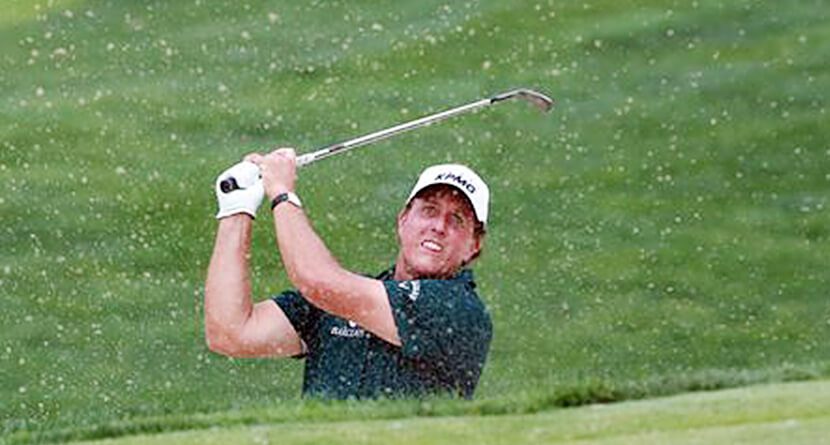 It’s been a bad couple of days for spectators’ heads at PGA Tour events. Last week, Tony Finau bombed a drive that bloodied a fan’s head — only to totally redeem himself with flowers and chocolate — and on Thursday at the Memorial Tournament, Phil Mickelson bounced a drive off of a marshal.

On the 15th hole at Muirfield Village Golf Club, Mickelson pulled his drive right on the par-5. After nicking a few tree limbs on its way down, the ball ricocheted off of a marshal’s head all the way across the fairway.

In Phil being Phil fashion, he walked over to the marshal – who actually gave him a better angle to the green — and said, “”If your head was a touch softer I’d be in the fairway.”


Phil then signed a glove with a heartfelt note (no word if he slipped some cash in there as he is wont to do) and went on to birdie the hole in Mickelsonian fashion.

Phil Mickelson Hit a Marshal with a Drive, Made a Joke, Then Gave Him a Signed Glove https://t.co/9fWEEHbRmR pic.twitter.com/mB1jYcBMUa

After the round, Phil compared the marshal to Muhammad Ali because of how he took the hit.

As expected, Phil Mickelson’s response to hitting a marshal on 15 is AMAZING… pic.twitter.com/Hglkwogd7N