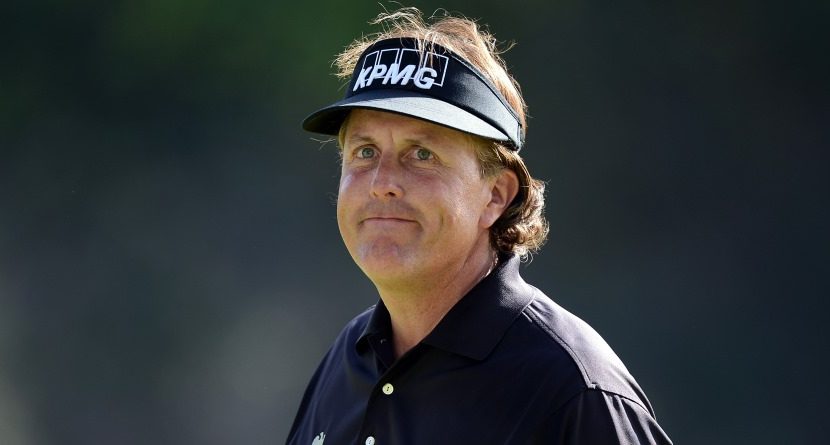 Lefty expressed to reporters on Wednesday his excitement toward playing the 2014 U.S. Open at Pinehurst, a golf course at which he has had past success.

“I’m excited that the tournament that I’ve played some of my best golf in is the one that I haven’t won and I feel it’s just a matter of time,” Mickelson told reporters. “It may be this year at Pinehurst, it may not, but I do believe that will come. I actually believe I’ll win a couple.” In all honesty, I truly believe Mickelson will win at least one U.S. Open in his lifetime. He’s come so damn close multiple times in his career – including last year’s championship at Merion – and the sheer rule of averages suggests that one of these days the other shoe will fall for one of golf’s greatest competitors. Plus, Mickelson winning the British Open last year shows he can overcome a mental hump in the majors.

Not to mention his three Green Jackets.

The 1999 U.S. Open was just one example of Phil’s close-calls. Also held at Pinehurst that year, Mickelson went shot-for-shot against eventual winner Payne Stewart in one of modern history’s greatest major championship finishes.