Phil Mickelson Searching For First Win Since 2013 At Pebble Beach 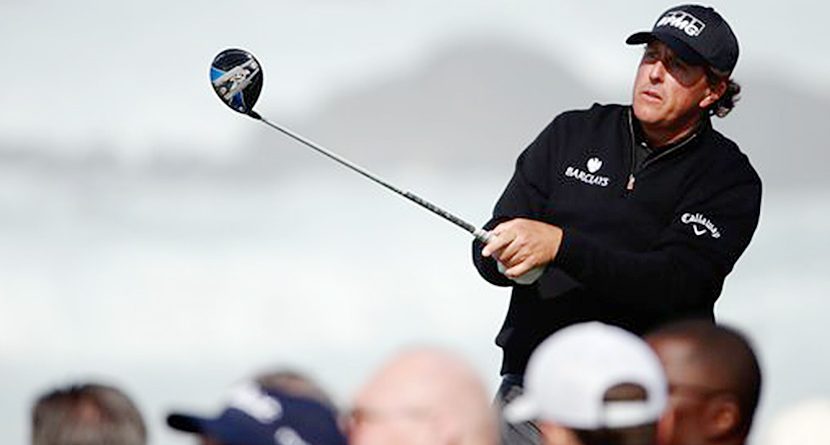 Somewhere amid the beautiful blimp shots of the Monterey Peninsula, Larry the Cable Guy duffing wedges and random cutaways to dogs running on the beach during Celebrity Saturday at the AT&T Pebble Beach National Pro-Am, Phil Mickelson was opening up a 2-shot lead entering the final round, trying to end his winless streak that dates back to the 2013 British Open.

Mickelson’s third-round 66 was the best round of the day behind Jimmy Walker’s 9-under par 63. Hiroshi Iwata is in solo second place at 14-under par, Freddie Jacobson and Sung Kang are tied for third three shots back and Roberto Castro and Jonas Blixt are on 12-under par.

Smooth stuff from @JTimberlake at No. 7.

It led to a birdie. #QuickHits https://t.co/miYZ7cPQII

Phil is tied for the lead #QuickHits https://t.co/5PZ2d6Kzx1

No need for the putter after this approach. https://t.co/PG6Z0dTAuM

He makes it look so easy.