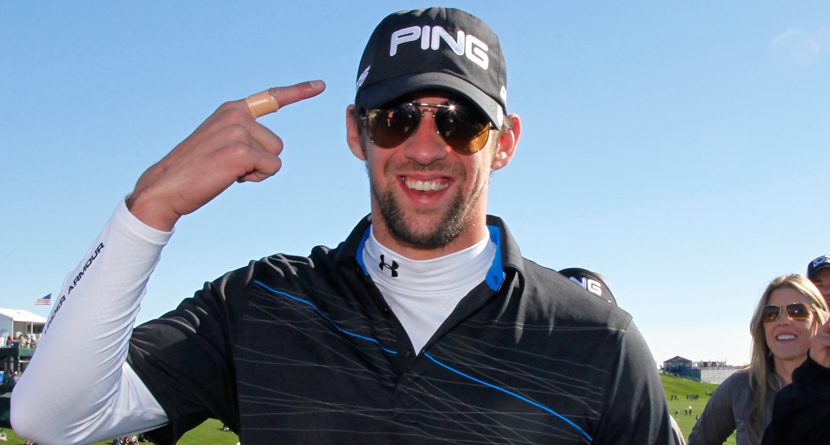 Olympic swimming icon Michael Phelps has agreed to a sponsorship deal with PING Golf, suggesting that he is beginning to take his golf game seriously.

The agreement comes on the heels of Phelps’ renewed interest in the game, having appeared in multiple pro-am events post-Olympics. He continued that trend with another appearance at the Waste Management Phoenix Open Pro-Am on Wednesday, which Phelps played with reigning Masters champion Bubba Watson.

Phelps recently finished filming the next eight-episode season of “The Haney Project” for Golf Channel, where viewers will witness the 18-time gold medal winner improve his golf swing.

”We’ve custom-built his clubs to ensure he has every chance to improve, and we believe he’ll dedicate himself to golf with the same intensity he gave to swimming,” said PING CEO and chairman John A. Solheim. ”His global presence as a golfer will bring PING tremendous exposure and just as importantly, shed additional light on the game in general.”

The Maryland native suggests he had no idea how complex the game can be for serious golfers.

”It’s pretty wild,” Phelps said. ”It’s crazy to think this sport is so technical. A lot of sports are very technical, but one of the (Ping) guys said there’s 50-something different shafts they can put on the clubs. I’m used to having a pair of goggles, a small, medium or large swim cap, and a jammer to put on, and that’s it.”