Players Championship’s $1.8M Winner’s Check to be Largest Ever 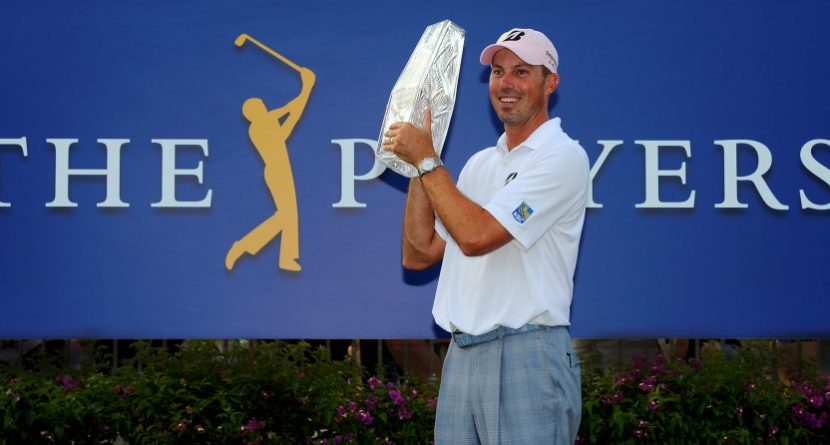 The Players Championship may not be a major, but it’s nearly as big a deal. It annually boasts one of the toughest fields in golf, as it doesn’t include all the amateurs that the Masters invites or all the club professionals that the PGA Championship includes.

So the victor of the Players Championship, which takes place this week in Ponte Vedra Beach, Fla., really earns his cash. And earns a lot of it. In fact, this year’s champ will take home the largest winner’s check in golf history: $1.8 million.

That’s $90k more than the past six years, which had been the largest payout in the sport. But later this summer, the PGA Championship will also hand out a $1.8 million check to its winner. Both tournaments announced simultaneously in November that they had increased their overall purses to $10 million each, thus sharing the distinction of golf’s richest tournament. That marked a $500,000 bump for the Players Championship and a $2 million raise for the PGA Championship.

But since the Players Championship comes first on the calendar, it gets the honor of handing out the biggest golf payout ever. While that may just increase an already-large earnings total for some golfers (like Bubba Watson, who’s already collected $4.5 million this season), it could make the year for other golfers. In 2013, only 41 players earned more than $1.8 million over the course of the entire season.

To put this amount of money further into perspective, let’s say Jimmy Walker wins this week. He’s earned $4.225 million up to this point, which is far and away the most he’s ever brought in over one season. That chunk of change has come largely from his three PGA Tour victories. Well, for his first win, the Frys.com Open, he walked with $900,000, and for his second, the Sony Open, he took home $1.008 million. So those two wins combined earned Walker $1.908 million, which he could nearly match with another victory on Sunday.

So far in 2014, the biggest payout came at the Masters, which handed $1.62 million to Bubba Watson. That’s the largest check Augusta National has ever written for a player, $180,000 more than it gave each of the previous three years.

Among non-majors, the largest checks this year have come from two World Golf Championships events – the Accenture Match Play Championship and Cadillac Championship – which gave $1.53 million to Jason Day and Patrick Reed, respectively. Those marked $30k increases over WGC checks from 2013.

At this pace, it doesn’t seem like it’ll be too long before we see the first $2 million check presented to a winner. And when that day comes, that’ll be $2 mil for four rounds of golf, $500,000 per round. Incredible.