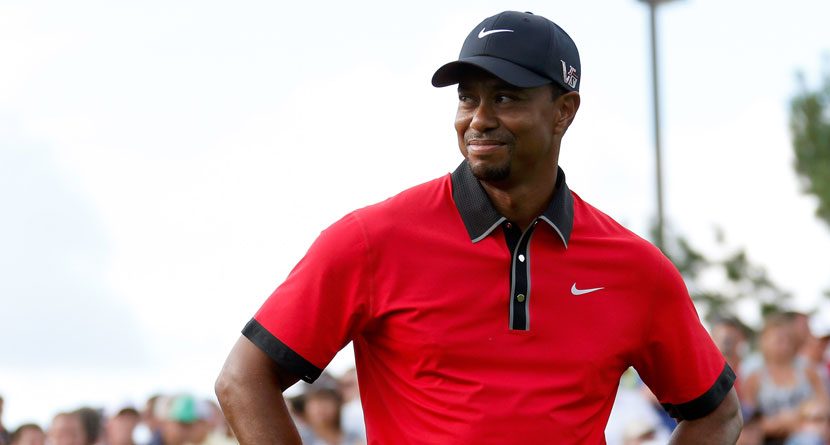 Tiger Woods is returning to competitive golf this week at the Quicken Loans National after missing 11 weeks due to back surgery. While it’s great for golf fans, it makes winning that much tougher for his fellow PGA Tour players.

In lieu of Woods’ comeback, players seem more than happy to have him back and healthy again.

Great to see @TigerWoods back playing next week. He’s great for our game and our game has missed him. See you @QuickenLoans National.

At the Travelers Championship last week, players were asked about Tiger’s return.

Jason Day, who was dealing with a thumb injury earlier this year, understands Woods’ desire to comeback as soon as possible.

“The golfing world needs Tiger Woods,” Day said. “I’m just hoping that he doesn’t push it too early, too soon and re-injure himself. As long as he’s 100 percent healthy, it’s good for him to come back.”

Bubba Watson is also well aware of Woods’ influence on the game, regardless of where he finishes.

“No matter if he misses the cut, no matter if he just finishes middle of the pack, it’s a great thing for golf that he’s back,” Watson said. “Normally I don’t watch golf, but I’ll watch when Tiger’s playing.”

“We need Tiger. The whole tour needs Tiger and golf needs Tiger,” Bradley said. “Every time he’s in the field, the event is different. That might not be the right thing to say, but it’s really exciting when he’s out there.”

Kevin Streelman, who birdied the final seven holes to win the 2014 Travelers Championship, knows what Woods brings to the table when he’s in the field.

“It’s a different feel,” Streelman said. “Obviously attendance is higher, excitement around the town is greater. It’s just great for golf. He’s a great ambassador, a great talent and everyone likes to watch him play.”

It’s clear that fans aren’t the only one’s excited about Woods returning after a lengthy absence. Ratings at the Quicken Loans National should also be up from the U.S. Open this year, where they were abysmally low.