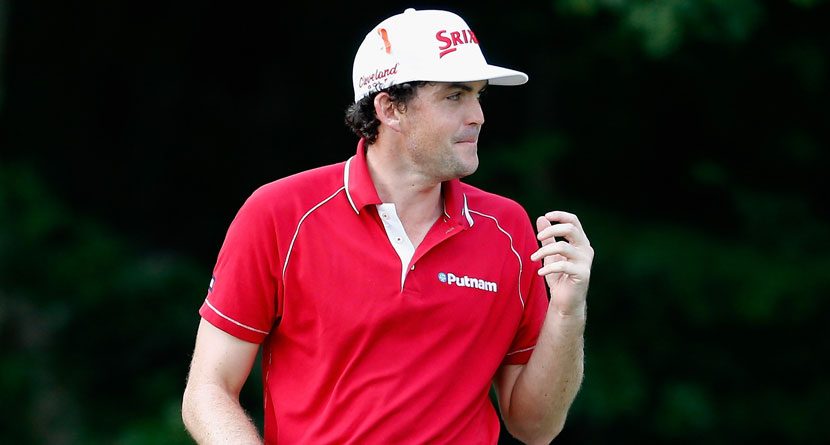 Ryder Cup fever is in full force and with the completion of the Deutsche Bank Championship and Italian Open, final captain’s pick auditions are complete.

As the golf world awaits Tuesday’s official roster announcements from European captain Paul McGinley and U.S. captain Tom Watson, we look at the list of players who made an impact — either good or bad — with their play this weekend.

Chris Kirk: A long shot entering the week, Kirk sure threw a kink into the plans laid forth by Watson. He shot 73 in Round 1 before turning it on and closing with a final-round 66 Monday to win the Deutsche Bank Championship. He sits 14th in Ryder Cup points but showed this weekend that he can win under pressure.

Webb Simpson: The 2012 U.S. Open champion, Simpson turned in a T-9 this weekend at the Deutsche Bank Championship and very well may have firmed up his slot as one of Watson’s three captain’s picks. Simpson went 2-2-0 in 2012 and pairs well with Bubba Watson.

Keegan Bradley: A likely captain’s pick thanks to his 3-1 effort in 2012 at Medinah and the way he partners with Phil Mickelson, Bradley played well and earned a T-16 this week at TPC Boston. While he surely would’ve like to have been closer to the top of the leaderboard in front of the hometown crowd, Bradley’s play only solidified his ability to make a difference on Watson’s U.S. team.

Hunter Mahan: The winner last week at The Barclays, Mahan had to turn in another magnificent performance at the DBC to remain on Watson’s radar. Unfortunately, he finished 2-over and in 64th place.

Ryan Moore: Another player who needed a solid effort this week, Moore finished 73rd and 21 shots off the winning pace. That said, Moore has turned in a consistently solid season and could be the type of match-play proven, fresh face that Watson and Co. turn to.

Brendan Todd: The HP Byron Nelson Classic champion had an outside shot at earning a captain’s pick entering the weekend but his 74-72 start and subsequent 36-hole cut very well may have moved him off of Watson’s radar.

Brandt Snedeker: Here’s an interesting case. Snedeker, the 2012 FedExCup Champion, didn’t play well this week — missing the cut at the Deutsche Bank Championship — but he still has the cache, experience and short game that Watson may ultimately rule is more important than a hot streak. Keep Snedeker on your ‘maybe’ list ahead of the official announcements.

Luke Donald: One of the European side’s longtime fixtures, Donald has been a bit of a question mark this year. The former World No. 1 played all four rounds at the Deutsche Bank Championship and closed with a 4-under 67, doing all he could to catch McGinley’s eye.

Stephen Gallacher: Needing a win or a tie for second to earn an automatic berth on the European squad, Gallacher painstakingly finished alone in third place at the Italian Open. If he had won or finished second, he would have removed Graeme McDowell out of the slot, forcing captain Paul McGinley to choose between three European Ryder Cup fixtures — McDowell, Donald, Ian Poulter and Lee Westwood — for just three spots. With McDowell firmly on the team, Team Europe waits to see if Gallacher has done enough to supplant one of the three remaining Ryder Cup veterans.

Ian Poulter: A proverbial lock thanks to his stellar performance for the Europeans in 2012, Poulter shot a final-round 66 Monday to T-23 at the Deutsche Bank Championship. Simply put, McGinley would be crazy not to include Poulter, who went 4-0 and willed the Europeans to their comeback victory at Medinah.