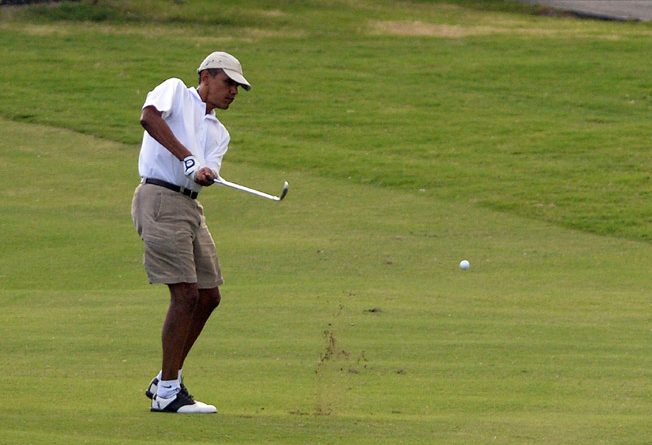 President Barack Obama is on his annual year-end vacation in Hawaii this week. Facing a slippery chip shot to the 18th green during his third day on the islands at Mid Pacific Country Club in Kailua, the Commander in Chief got the ball started on a good line and watched it drop in the cup to the delight of a small gallery to finish his round in style.

Obama has been reported to regularly shoot in the mid-90s, but that doesn’t mean he would crack Michael Jordan’s dream foursome.