Pro Smashes Fan In The Head With Drive, Makes Up For It 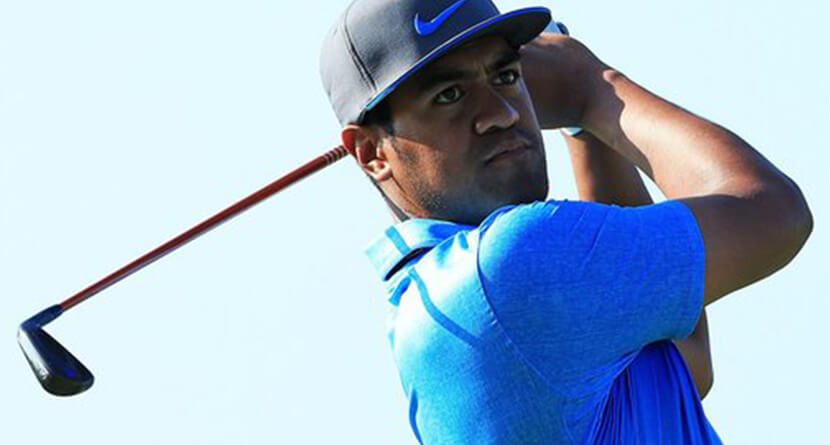 Tony Finau is one of the best young players on the PGA Tour. At 6’4″, 200 pounds, he’s the prototypical new generation golfer.

Oh, and he bombs the ball.

Finau leads the PGA Tour in driving distance at 311.1 yards per pop. His 124.32 MPH clubhead speed is fourth on Tour. Those are just two stats to let you know you don’t want to be on the other end of one of Finau’s drives. Unfortunately for a fan at this week’s Dean & Deluca Invitational, she caught a Finau drive with her head.


This is Tony Finau. Yesterday at the Colonial golf tournament, his golf ball bounced off my head and went back into play . Luckily I am ok and all I needed was a few stitches. In a very stand up gesture, he showed up at my door step with flowers, chocolates, a get well soon card, and he stayed and talked with us for a bit. @tonyfinaugolf I wish you the best of luck in the tour going forward! -Signed, your new favorite fan, Elisa #iforgiveyou #prettyawesomestory #FOOOOREE #ouch #classact

Nice gesture by @tonyfinaugolf to surprise gallery member with flowers after hitting her in head @DeanDeLucaInv pic.twitter.com/GaTwwE6nY7

Finau went out of his way to redeem himself in the eyes of Elisa, getting her information from tournament officials who treated her for her injuries and dropping by her house with flowes, chocolates and a get well soon card.

He won over Elisa and gained a new fan. As this story makes the rounds, we’re sure he’s bound to make a couple more.