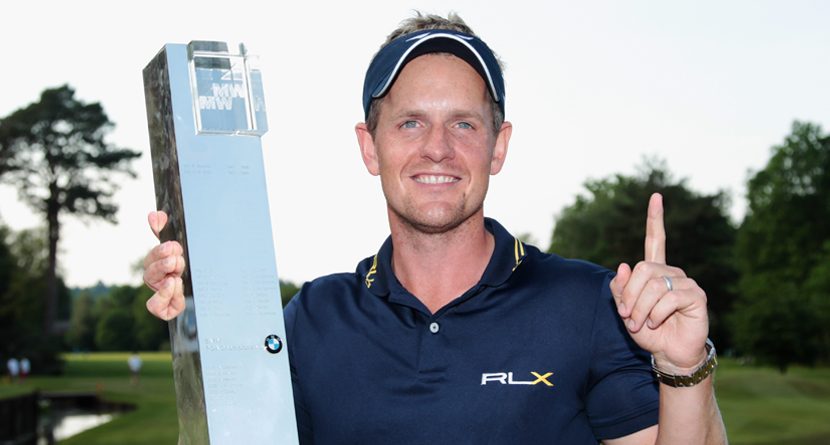 Each morning, Back9Network staff will put together a handful of links you absolutely have to see to start our your day. In this edition of “Pro Tips,” we learn more about the greats and the greatly awkward.

LD Turns to MJ for some Advice

If there’s anyone an athlete should turn to for some advice it’s Michael Jordan. Luke says “He’s good for the mind,” in regards to why he turns to MJ for some help. Luke even admits that he’s “not on the same level” as Rory McIlroy. Let’s see if Luke can use MJ’s championship advice and piece together a winning weekend at Riviera.

Having taken a bit of a rest period over the last few weeks, Tiger finally announced where he will be playing in the coming weeks/months. One of his stops will include the always entertaining World Golf Championships-Accenture Match Play Championship.

Another Fat Tuesday Come and Gone

With Super Bowl XLVII in the rearview, New Orleans capped off another festive week of partying with a tradition like none other: Mardi Gras. The floats, costume, and of course, booze, were all out in full form as the citizens of New Orleans partied hard despite the rainy weather.

“Between Two Ferns” with Zach Galifianakis

If you’ve never seen this feature on FunnyorDie then you’re really missing out. Galifianakis brought “The Hunger Games” star Jennifer Lawrence in to join the awkwardness in his latest edition of “Between Two Ferns.”

This may be the most bizarre story I’ve seen so far this year. Apparently a phone conversation with Cedric Ceballos is worth $99. Not sure how any of these prices were actually determined but, check out all of the “memorable” experiences you can pay to have with some “celebrities.”