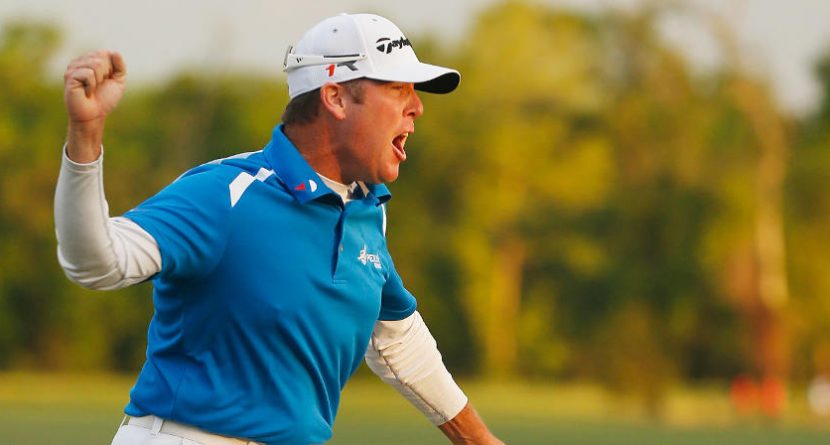 D.A. Points won for the second time on the PGA Tour on Sunday, sinking a 13-foot putt on the final hole for a tournament-clinching par at the Shell Houston Open. Points, who had missed seven of nine cuts in 2013, now has a ticket to the Masters next week.

He putted great all week, bringing back into the bag a flatstick he stole from his mother’s bag when he was 12 and used to win a lot growing up in the game.

The lesson? Sometimes being a mama’s boy is not the worst thing.

Now onto the Monday edition of the Tips…