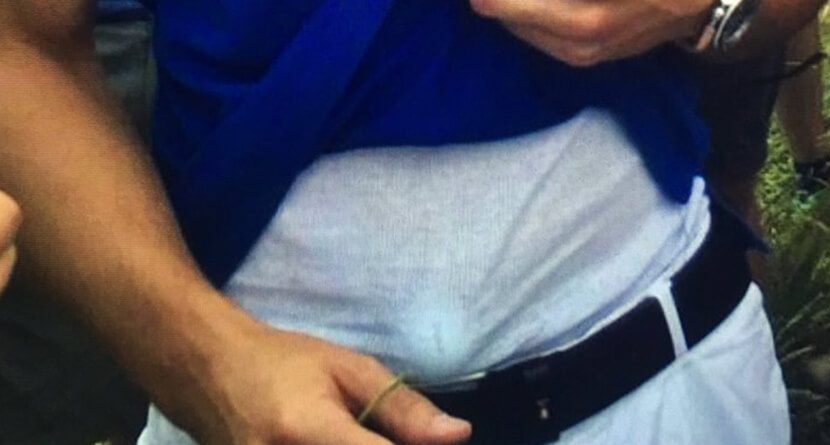 You can file this one under “things you don’t see everyday.”

Paul Lawrie, most famous for not being the most famous name to be remembered from his 1999 Open Championship win at Carnoustie — Jean van de Velde ring a bell, anyone? — hit his second tee shot on the 17th hole at the BMW International Open on Thursday into a fan’s shirt.

My tee shot ( 2nd one ) at 17 today ended up in a guys shirt #thatsafirst pic.twitter.com/xaYMBF0rze

Lawrie said that in 30 years in professional golf, he’s never seen anything like it.

He would go on to card a triple-bogey 7 on the short par-4 and eventually miss the cut. Once again, the Scotsman goes down in history for something other than his actual score.