Radio Host: Spieth Winning The Masters Would Have Been Terrible For Golf 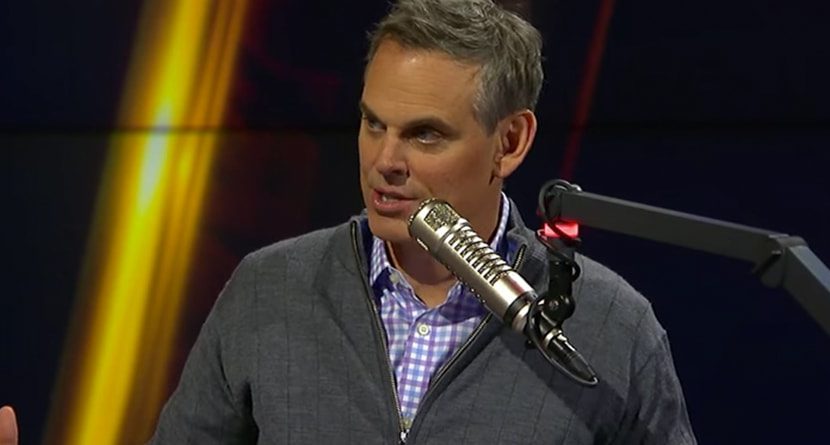 Jordan Spieth winning the Masters would have been terrible for golfhttps://t.co/VekxznlXzp

Innumerable words have been spoken and written about Jordan Spieth’s collapse at the first major championship of the year last week. Yet, few have caused the thought-provocation of Colin Cowherd’s take: a Spieth win would have been terrible for golf.


Cowherd’s known for stoking the fire, but his hot take brings up an interesting angle that extends beyond golf and lives more where he does: in popular culture. Does Spieth as a flawed player make him more watchable? Yes.

His collapse at the Masters — on the sport’s biggest stage — fosters a curiosity among casual fans. Cowherd represents that fan base and his intrigue stemming from the collapse is good for the game.

So would a Spieth win have been terrible for the game? Of course not. But his collapse definitely wasn’t bad for it either.

Here’s the full segment from Cowherd’s show in which he also chats with sports psychologist Dr. Michael Gervais about Spieth’s collapse and mindset.