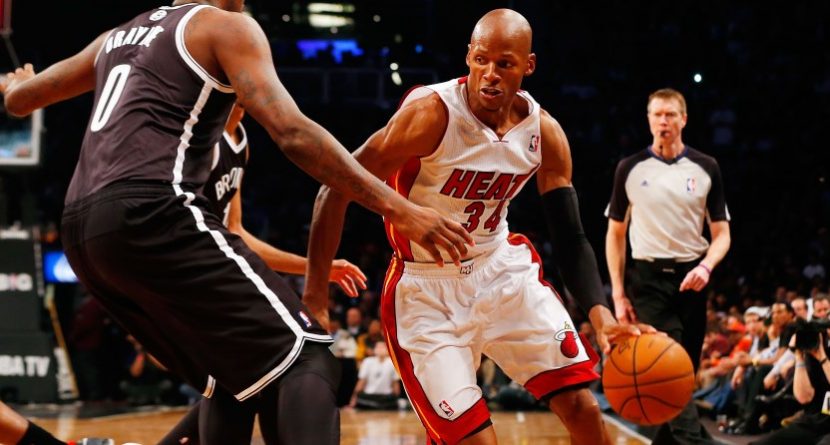 The superstars of South Beach are resting and relaxing Thursday after taking out the Brooklyn Nets in five games. Thanks to the clutchness (yet again) of sharpshooter Ray Allen, the Miami Heat are back in the NBA’s Eastern Conference Finals.

In fact, they may even be playing some golf. Allen, a Back9Network ambassador, would deserve a round of 18 after dropping in the 3-pointer that gave the Heat the lead with 32 seconds left Wednesday night:

Of course, that’s not the first time Allen has come through in the clutch for the Heat. If it weren’t for his 3-ball in Game 6 of the NBA Finals last season, Miami never would have won its second straight championship. Allen may be closer to a golf career than he is to the prime of his NBA days, but the man can still shoot some shots.

So while he may be able to sneak in a round at the course while the Heat awaits its next opponent, Allen can’t fully commit to his golf game just yet. He’s got some more hoop to play.

But you can be sure he’ll be ready for his annual Ray Allen Golf Tournament, which will take place on Aug. 4. Register now at RayAllenGolf.com if you’re interested in playing.