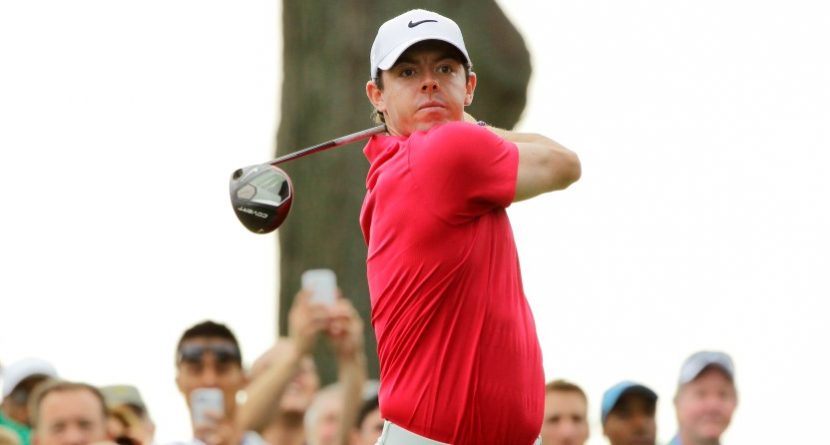 Rory McIlroy is the hottest golfer on the planet – winner of his last three tournaments, winner of 50 percent of this year’s majors, and No. 1 in the world rankings. So it makes sense that he’s the heavy favorite to win the $10 million FedExCup.

Yet, if recent history is any indication, he won’t win the FedExCup.

As McIlroy enters The Barclays, the first leg of the FedExCup playoffs (which began in 2007), he’s just the fourth different player to hold the No. 1 spot in the standings going in. Only one of those golfers ended up taking the cup – and he only did it twice out of five years. SI Golf+ has a nice graphic breaking this down.

Ranked seventh at the start, Vijay Singh took the big prize in 2008. Of course, it must be noted that after winning four of his first six events that year, Woods underwent knee surgery and missed the rest of the season. But Brandt Snedeker won it all in 2012 after starting the playoffs at No. 19, and seventh-ranked Henrik Stenson took the honors last year.

So you could argue that if you want to win the $10 million FedExCup, it’s better to come from behind in the playoffs.

Then again, Stenson wasn’t ranked No. 1 last year but he began the playoffs as the hottest player in the world, having just recorded three straight top-three finishes (four if you include a European Tour event). He then took two of the four playoff events and claimed the big bonus.

McIlroy enters the 2014 playoffs even hotter than Stenson was, having won his three most recent tournaments. And if we’re talking about doing something only Tiger Woods has done – win the FedExCup after entering the playoffs at No. 1 – McIlroy has already checked a few items off that list.

If someone is going to buck the trend, McIlroy is a better candidate than most.

Related Link: What If Rory & Caroline Didn’t Break Up?