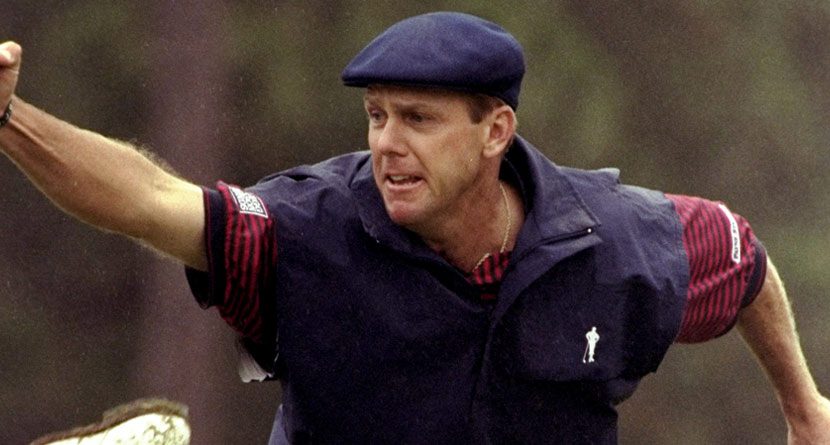 In October 1999, the game of golf lost not only one of its greatest competitors, but arguably its greatest ambassador when Payne Stewart tragically passed away in a plane crash in South Dakota.  This year’s AT&T Pebble Beach Pro-am marks the 16th anniversary of his final regular tour win. He also would have turned 59 this week.

He was style before Ian Poulter. He was sportsmanship after Jack Nicklaus. There was very little that Stewart didn’t do for the game of golf. He was a three-time major champion who won 11 times on the PGA Tour, and a key part of two of the most memorable Ryder Cup victories for the Americans (Kiawah 1991 and Brookline 1999). But his legacy is more about the person he was off the course rather than the player he was on it. Above all else, Payne Stewart was the life of the party. Tales of nights on the town, practical jokes, drinking champagne from the U.S. Open trophy, impromptu stints tending bar, and even heckling other star athletes abound when talking about the two-time U.S Open champion. Paul Azinger once said of his friend, “If golf is an art, Payne Stewart was the color.”

One of Payne’s final moments of glory came at Pinehurst No. 2, the same venue that hosted last year’s U.S. Open. Stewart battled Phil Mickelson, whose wife Amy was expecting their first child at any moment, tooth and nail down the stretch on Sunday. The tournament culminated with Stewart holing a 15-foot snake of a putt to best Mickelson by one.

In one of the most iconic photos and moments in recent memory, Stewart grabbed Mickelson by the face with both hands and reminded him that what was coming was far greater than what he lost that day. As he usually did, Stewart found precisely the right words for Mickelson: “You’re going to be a father!” Later that year at the Ryder Cup, Stewart famously conceded a putt to his opponent Colin Montgomerie. Though the concession gave Monty a 1-up win against Stewart, it had no effect on the team outcome.

Good friend and Ryder Cup teammate Tom Lehman said of Stewart and the gesture, “In the midst of all that excitement and to his own personal detriment, he was the perfect sportsman and gentleman and just could not do anything that would be seen as disrespectful of his opponent.”

Stewart’s passion for and dedication to the game, and upholding its ideals through his actions and appearance have since been immortalized by the PGA Tour’s honor that carries his name. The Payne Stewart Award has been handed out each year since 2000 to the player who exemplified all of the qualities Stewart did, and it is viewed by players as one of the game’s highest honors. Related Link: Tour Stops: Outside The Ropes At The Waste Management Phoenix Open