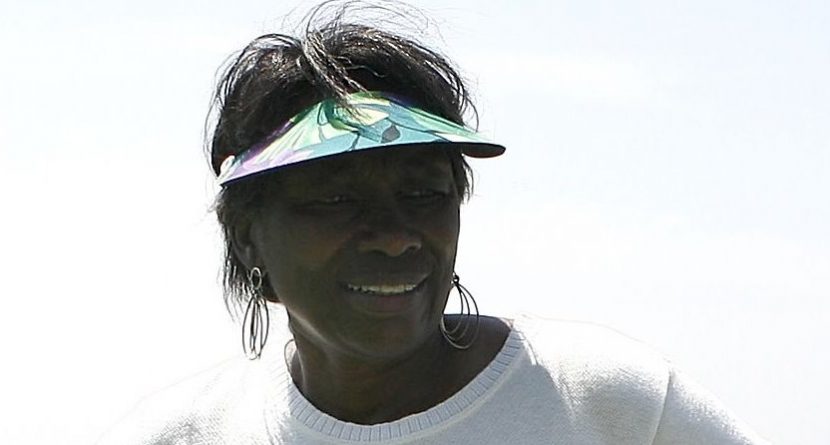 Before there was Tiger Woods, there was a “living legend” who combined a charismatic smile and the perfect swing to become one of the top players in the junior ranks and on the LPGA Tour.

Having completed a memorable youth and NCAA career that included three United Golfers Association national junior titles (1959-61) and a 1967 NCAA collegiate consolation win while with Ohio State, Renee Powell burst onto the LPGA scene as one of two African-American women to qualify for the ladies’ pro ranks. Althea Gibson was the only other such female to do so in the 64-year history of the circuit.

At a time when civil rights and the struggle for equality were hot topics in the country, Powell was determined to put the skills her father taught her to good use in breaking down barriers for African-American women in a sport dominated by Caucasian men and women.

These days, Powell, who retired from pro golf in 1980, is serving as an inspiration for a pair of golf stars on the rise in Ginger and Robbi Howard. Since turning pro, the sisters, who have been compared to tennis stars Serena and Venus Williams, are looking to make an impact on the LPGA Tour.

“Essence” magazine recently featured the young dynamic duo, and the girls discussed their plans of playing this year on the Symetra Tour, which serves as the LPGA’s developmental golf tour for amateurs looking to break into the top tour.

Ginger also spoke about her family values and guidance from her father, Robert, who taught them the game at the tender age of six. She also touched on the difficult task that comes with trying to make it on the LPGA Tour. The 19-year-old came up short of making the circuit by eight strokes in 2012, and last December came within a stroke of earning conditional status on the tour, which would have granted her entry into some LPGA Tour events while keeping her full status on the Symetra Tour.

“I’m getting closer each year, which is kind of annoying but also encouraging,” said Ginger. “I feel that maybe this year will be the year.”

Robbi talked about returning to action after suffering a serious injury in a 2010 car accident, calling her sister her source of inspiration.

Powell reflected on her experiences of playing on the LPGA Tour during the turbulent 1960s, saying that her parents constantly encouraged her to pursue her dreams in spite of the racism and animosity she endured.

“If you learn and read about your history and what people did to make it better for you, then it’s hard to cop out,” said Powell. “And if you do, then how are things going to change and become better for others who come after you?”

Woods, who collected her first major tour victory as a professional at the Australian Ladies Masters back in February, recently told Back9Network that Ginger and Robbi have used their abilities to not only succeed in the pro ranks, but also to show that the sport is consistently changing for the better.

“Traditionally, golf has had such a distinct stereotype, but nowadays you see a wide range of people playing and succeeding,” said Woods. “To see all that Ginger and Robbi have achieved makes me so proud. Behind the scenes, there are so many up and coming African-American golfers that are bound to be on tour soon, so it’s very exciting for me to see.”

Woods recently showed her appreciation for Powell by showing off a picture with the legend on her Instagram account: