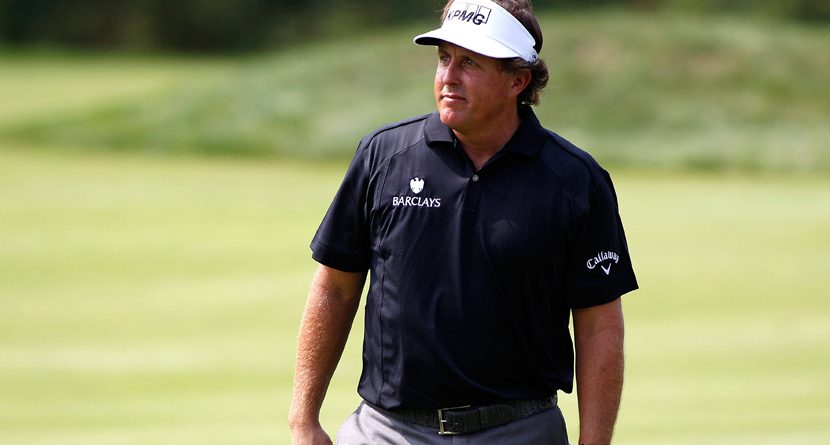 A weight may have just been lifted off Phil Mickelson’s shoulders in time for the U.S. Open. The New York Times has reported that Mickelson’s role in insider trading investigations has been overstated. It turns out Mickelson never traded shares of Clorox, one of the stocks for which he was being investigated.

It was initially reported that federal authorities were investigating a series of “well-times trades,” accusing Carl C. Icahn of sharing details of his Clorox bid with Mickelson and sports gambler William T. Walters. The sources who gave the Times the original information have admitted that they made a mistake in reporting Mickelson’s involvement. It has also been revealed that the FBI and Securities and Exchange Commission have found no evidence that Mickelson traded Clorox shares. After his round, Mickelson learned of the report from the media and was asked if he had anything to say. “Not really anything. I just got off the golf course. But I’ll continue to say, I haven’t done anything wrong. I’m willing to help out, love to help out any way on the investigation. So like I said before, with an investigation going on, I’m not going to comment any further on it. But I’ll continue to say that I’ve done absolutely nothing wrong.”

Ichan and Walters are still being investigated, but it looks like Mickelson is in the clear, for now. Despite the good news, Mickelson remains under investigation for another “well-timed trade” with Dean Foods. Walters and Mickelson reportedly made trades in 2012 right before Dean Foods’ stocks rose exponentially.

According to the Times, Mickelson was publicly approached by the FBI twice, once on the golf course at the Memorial Tournament and again at an airport. Mickelson said he has done nothing wrong and that he is cooperating with the FBI.