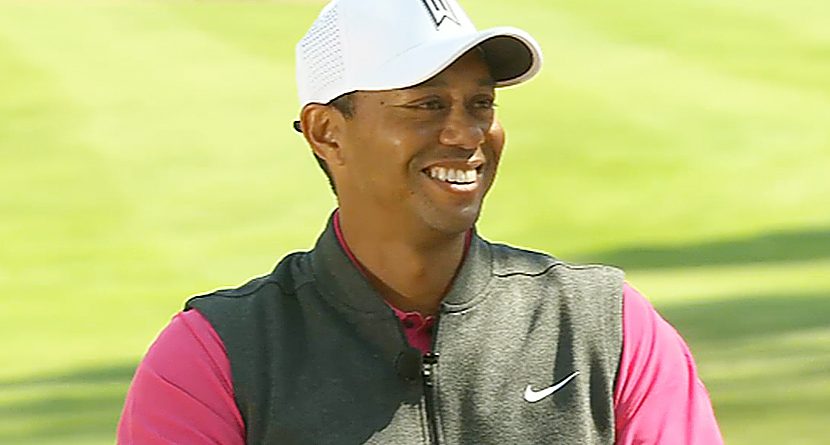 For all those clamoring for a Tiger Woods update, there you have it. As Golf Channel’s Tim Rosaforte reported, Woods has been putting in hours-long practice sessions at Medalist Golf Club in Hobe Sound, Fla., which include getting out onto the course to play a few holes.

Of course, when a Tiger update surfaces, the next question becomes when will he be returning to competitive golf? Rosaforte relayed Woods’ agent’s “no timetable” company line, but as it does, speculation has arisen that Woods may be ready to announce a return as early as tomorrow, April 22. The date many prognosticators are keying in on is a month from now at the Dubai Duty Free Irish Open Hosted by the Rory Foundation.

The news of a comeback was triggered by a Golf Channel report of 4-5 hour practice sessions at the Medalist Golf Club and a Players Championship return would possibly tempt the 14-time major winner to take Air McIlroy to Co Kildare.

McIlroy is believed to be offering anyone who’s interested “a lift” from Jacksonville to Ireland for the following week’s Dubai Duty Free Irish Open, hosted by the Rory Foundation.

It’s not likely that Woods would need to catch a ride on someone else’s plane, but it wouldn’t be a bad PR move helping out fellow Nike stablemate McIlroy.