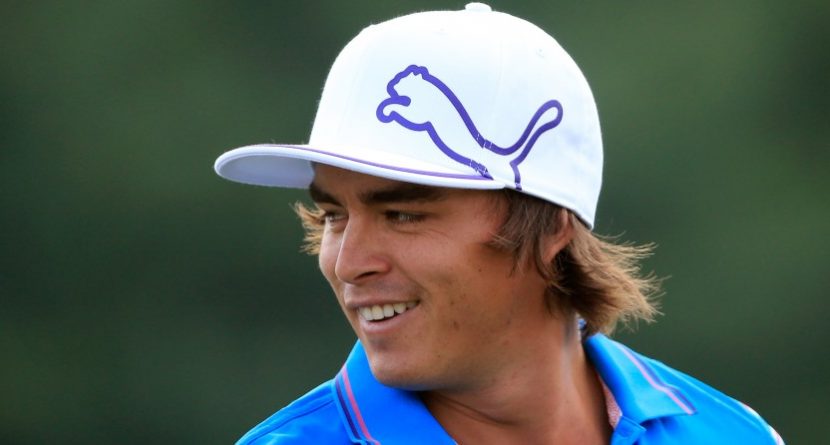 It’s no secret that Rickie Fowler likes to spice life up a bit. He grew up as a motocross racer and wears some of the flashiest clothes on the PGA Tour. In his own words, he’s an “action sport adrenaline junkie stuck in a golfer’s body.”

That’s led to some pretty unique opportunities, primarily set up by some of his sponsors:

He’s known to be quite fearless on the golf course too. Other adjectives his fellow pros use are aggressive, exciting and distinct:

What’s not as well-known with Fowler is his generous side. Born in Southern California, he attended college at Oklahoma State University. So in May 2013 when a devastating tornado struck the town of Moore, Okla., which is just an hour away from OSU in Stillwater, Fowler sprung to action. He donated money to the relief efforts, and earlier this year went back to Oklahoma to spend time with some high school golfers.

While there, he met one boy in particular, who survived the tornado by hunkering down in his bathtub.

The 16-year-old Jake got to hang with Fowler in January at Torrey Pines for the Farmers Insurance Open. Tons of kids are fans of Fowler’s, what with all the the flat-bill PUMA hats seen at every tournament. But after some one-on-one time with the man who made those caps famous, surely there’s no bigger Fowler fan than Jake.