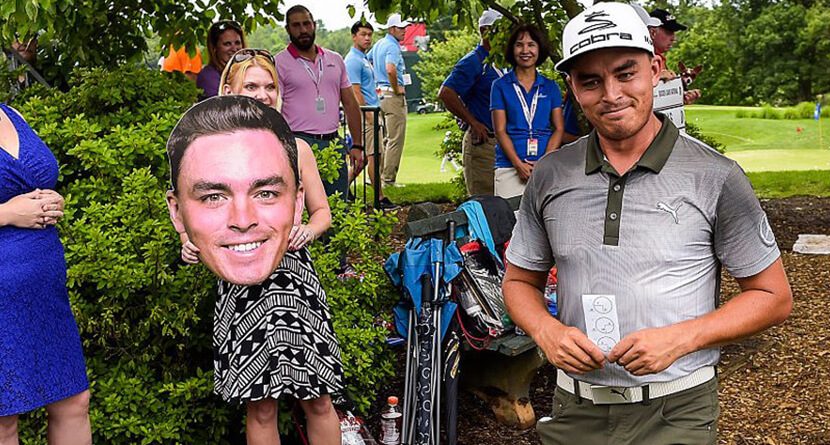 Rickie Fowler hasn’t played a weekend’s worth of tournament golf in any of his last three tournaments, but the No. 6 player in the world will be looking for his fifth win in the last 15 months this weekend outside of Washington D.C.

A second straight 68 moved Fowler into the top-10 and five shots back of co-leaders Jon Rahm and Billy Hurley III. Vijay Singh turned back the clock to fire a second-round 66 to sit in solo third place. Webb Simpson, Bill Haas, Ernie Els and Harold Varner III are all tied for fourth and four shots back heading into moving day.