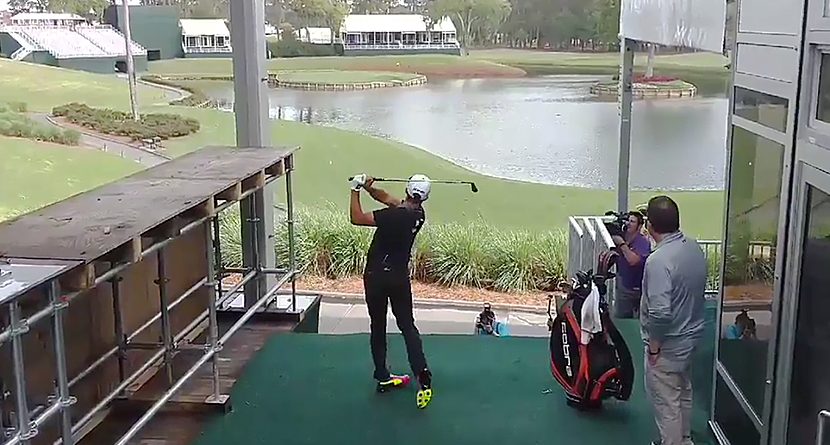 Because last year @RickieFowler went — on No. 17 Sunday, we tried to make things a little tougher. https://t.co/ullhCs4IDA

Rickie Fowler returned to TPC Sawgrass on last month for the Players Championship media day. These things are used to promote the upcoming event by featuring the defending champion answering questions about their victory the year before.

However, with Fowler as the defending champion, things got a little more interesting on Pete Dye’s most famous hole: the island green 17th. Fowler proved last year that he could handle the hole just fine from the normal teeing ground, so he tested his skills at various other spots around the iconic hole. He played it left-handed, cross-handed, from the hospitality tents and the 18th tee.

The PGA Tour leaked out one shot at a time in the build up to the tournament, but on Wednesday, they let the whole video drop. Enjoy.

It was like one of those old McDonald’s commercials with Michael Jordan and Larry Bird.