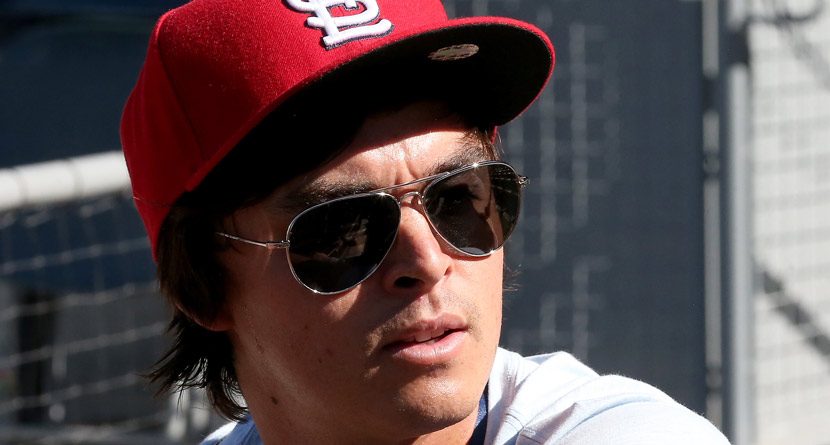 It’s no secret that when Rickie Fowler isn’t decked out in orange for his Oklahoma State Cowboys, he’s probably reppin’ his favorite baseball team, the St. Louis Cardinals.

…and to take a couple hacks in the batting cage.

Everyone knows Fowler is an adrenaline junkie who loves to ride dirt bikes and drive race cars, but who knew the kid could swing a bat? Sure, sure, he plays golf for a living, but there’s a reason that baseball’s best golfers are pitchers. That’s because pitchers (unless you’re Mike Hampton) don’t hit very well or at all. The baseball swing and the golf swing are two very different things and, normally, I’d worry about a player mixing the two.

Judging by the picture though, I don’t think Fowler has anything to worry about. If he keeps swinging at pitches that low, all he’ll need is his golf swing.