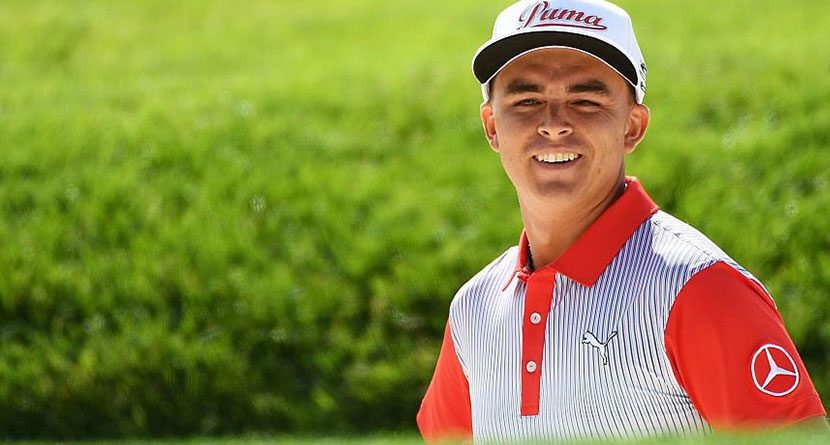 After Dustin Johnson withdrew from Olympic consideration late Friday night, there were fears that the rest of the United States’ young stars would follow suit. Through last week, 37-year-old Bubba Watson was the only American to definitively confirm that he would be in Rio next month, but now the red, white and blue has a young stud on which they can hang their (flat billed) hat.

Looking forward to wearing some red white and blue in Rio @olympics pic.twitter.com/8bpr5d9iL4

Fowler gave his confirmation after playing a round of golf at the Old Course at St. Andrews when he was approached and cajoled into committing by former R&A chief executive Peter Dawson, via Golfweek.com.

Peter Dawson, president of the International Golf Federation and the former chief executive of the R&A, arrived by cart at the 15th tee and walked over to greet Fowler, who just had hit his approach to the 14th green.

Fowler was at the Old Course for a links tuneup ahead of next week’s British Open with caddie Joe Skovron and agent Sam MacNaughton. For the next two holes, though, Fowler and Dawson walked down the fairways alone, talking about the game’s hot topic: Which golfers will play in the Olympics?

Dawson must have sold Fowler pretty well because only a few hours later, the world No. 7 gave his commitment. Joining Fowler will be Watson, Patrick Reed and either Jordan Spieth or Matt Kuchar depending on Spieth’s much-anticipated decision.

Here’s what the U.S. team will be wearing in Rio next month.