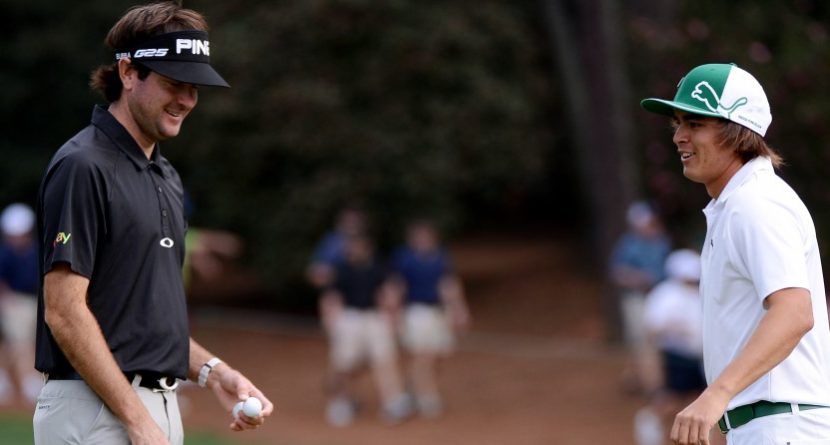 It’s Tuesday morning, so that means another webisode from the “Bubba Watson Show” was posted Monday night, and this week features a special guest, someone we all know and love: Rickie Fowler.

Rickie and Bubba are two of the better pals on tour, spending time together making Golf Boys videos, videobombing other players during weather delays, hanging out in the tour’s Bible study group, or flipping out when one of them has a bad round. So it’s of little surprise that Fowler granted Watson exclusive, one-on-one access for an interview.

Well, in actuality, they were just playing golf together and Bubba’s cameras were there, so he asked Rickie some questions about life off tour, what goes through his mind during a tournament, and what kind of legacy he’d like to leave. So this episode is less about Bubba and mostly about Rickie: