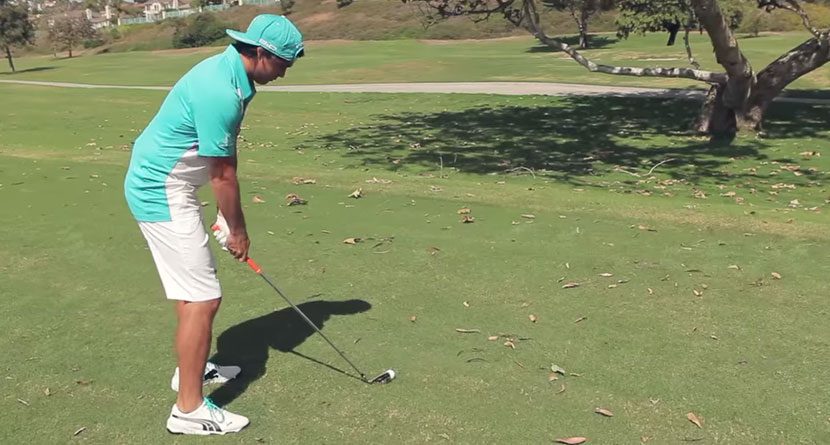 It’s the scariest word in golf. The “S” word. Yeah, I’m talking about the shanks. There is just nothing more frustrating (and embarrassing) in golf than not being able to shake the shanks.

We’ve all had them, and we’ve all hated them. Even Henrik Stenson has shanked a shot. But fear not, Rickie Fowler has a solution for that terrifyingly bad golf shot: play it.

Fowler may be skilled — or lucky — enough to shank shots between trees, but trust me. It’s not that easy. I may not be a professional golfer like Fowler, but in my amateurish opinion, fix the shanks. They’re miserable.

I just wonder how many shanks Fowler hit when he played 18 holes left-handed on Wednesday.