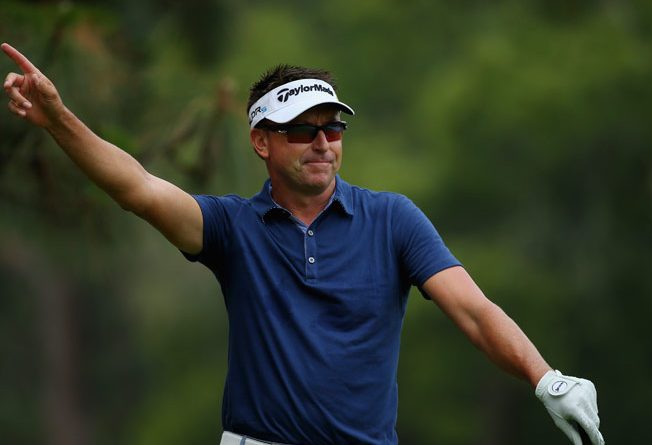 Robert Allenby is back in Honolulu this week to play in the Sony Open, a year removed from one of the most bizarre nights of his life.

After back-to-back rounds of 71 to miss the cut at the 2015 Sony Open, Robert Allenby went out with his caddie and a friend to a wine bar in Honolulu. Following dinner and drinks, Allenby said golf fans recognized him and asked for a photo. Surveillance cameras at the restaurant showed Allenby leave and from there, it’s anybody’s guess what truly happened.

No one, from Allenby, to the HPD, to the numerous eye-witnesses, can perfectly piece together the night that ended with Allenby passed out about a block from the bar, bloodied and without his wallet. That would have been the end of things, at least publicly, had Allenby not posted this photo to his personal Facebook page, which was eventually leaked.

Golfer says he was kidnapped, robbed after missing cut at tournament in Hawaii. http://t.co/U8C1cfhEpo pic.twitter.com/hVX2Y101gI

From there, a web of stories were reported, from Allenby stumbling drunk, hitting his head on a rock and getting knocked out to him running up a $3,400 tab at a local strip club. While the strip club story has been debunked, there really is no concrete timeline for what occurred that night. In fact, the only real closure to come from whole ordeal was the arrest of Owen Harbison, who had been using Allenby’s stolen credit cards.

You would think that kind of experience would keep a PGA Tour player away from such a stop. There are plenty of other events on the schedule. And for Allenby, who at 600 in the Official World Golf Ranking and is using his one-time PGA Tour all-time money list exemption, why dig up old wounds?

“My point of view is that I’m a professional golfer and this is a tournament that I love to come to,” Allenby, 44, explained to a small media group after he played an 18-hole practice round. “I’ve been coming here for near 17 years and staying at the same hotel and enjoying the experience. I enjoy starting the year here, and I’m not going to let one bad occasion ruin such a beautiful place.

“There’s been a lot of thoughts about it over the last year. A lot of good things, a lot negative things about this. There has been more negative than anything. That really was the whole piece to the puzzle of coming here is to dilute all the negative stuff. Hawaii is such a beautiful place. I didn’t want people to think I wasn’t going to come back here because of what happened. I enjoy being here. The weather is perfect. The golf course is always perfect. People here are always so awesome and so friendly. Sony is a great sponsor. Why not support a great tournament?

To each their own.

Allenby said he wouldn’t be venturing too far from the hotel this time around, limiting his sightseeing to room service, the hotel resaurant and the golf course.

After what happened last year, that’s probably not a bad idea.