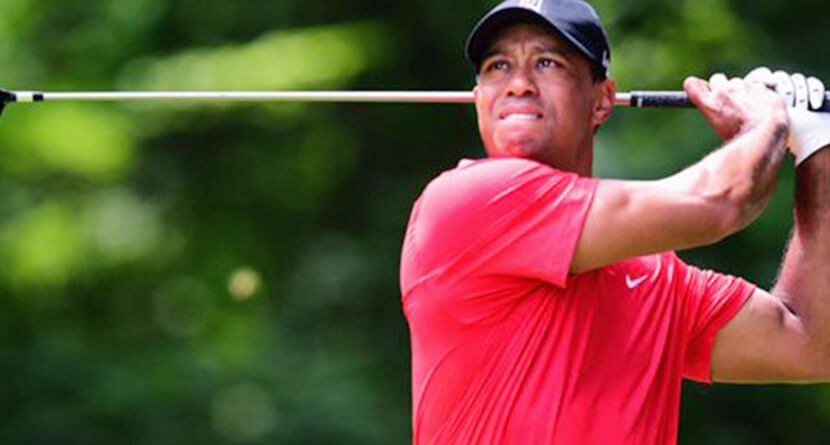 Armchair quarterbacking isn’t just reserved for Monday mornings in the fall. Diagnosing from afar can be applied to golf as well.

As the golf world marks eight years (!) since Tiger Woods last captured a major title, the 14-time major winner is conspicuous this week at Oakmont only in his absence.

Having not played a competitive round of golf since last year’s Wyndham Championship, Woods’ return has been hyped, over-hyped and non-existent all at the same time. Dealing with a balky back and trying to recover from three back surgeries, one of the few golfers who can relate to Woods’ current plight is the man he defeated at Torrey Pines in 2008, Rocco Mediate.


Mediate notoriously has the gift of gab and appearing on Golf.com’s GOLF LIVE on Monday, the recent PGA Tour Champions major winner didn’t hold back talking about Woods’ road to recovery, speaking from a place of (back) experience.

“It makes me so mad that he isn’t where he should be at 40 years old,” Mediate said. “Why do you think his back’s gone out? Why do you think he’s got 18,000 surgeries? Because his golf swing is not right. And the people that are teaching him are not right.

“His back injuries are not even close to what mine were,” Mediate said. “I’m nothing in the world of golf, okay? I’m not even a tenth of the athlete this kid is. You mean to tell me we can’t make him better, as good a shape as he’s in? Are you kidding me? It’s a walk in the park. It’s like walking your dog going over the green. It’s easy. He’s that easy to make better. But he keeps going to the wrong people.”

If anyone can speak to back injuries, it’s Rocco. The 2008 U.S. Open runner-up has battled back pain his entire career and has gone under the knife so many times that doctors told him his golfing life was over.

Maybe Tiger should take him up on the offer.