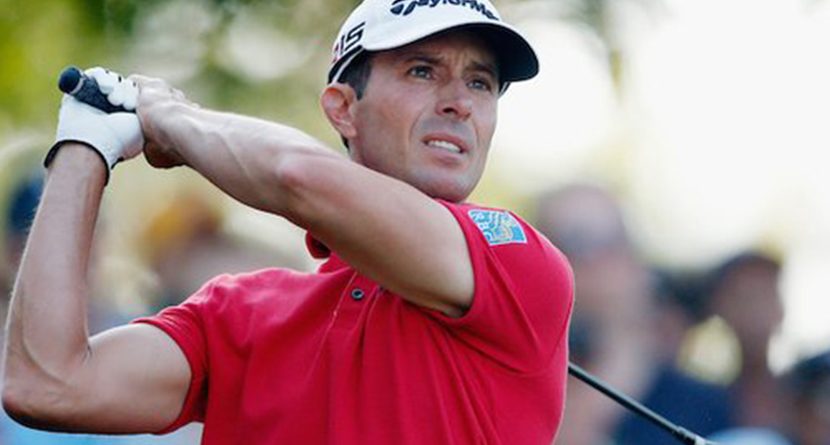 Twitter can be a dangerous place as PGA Tour rookie Dawie van der Walt found out on Thursday evening.

Playing the waiting game as the second alternate for this week’s RBC Heritage at Harbour Town, van der Walt ultimately did not get in to the 132-man field, a common occurrence. However, following an opening-round 7-over par 78, former Masters Champion Mike Weird withdrew.

Feel bad about wd yesterday just recovering from bad flu bug that was going around our augusta house! Good luck to all team rbc players!

Van der Walt, understandably upset that Weir took a spot in the field only to call it quits after 18 holes, took to Twitter to vent and call for Weir to retire.

Here’s what now-deleted tweet said, according to GolfChannel.com’s Will Gray:

Sponsor’s exemptions and early-round withdrawals have long been a point of contention on a Tour that allows some 200 players to hold a card, but hosts events that only have 132-, 144- or 156-man fields routinely. Everybody wants their shot to play. After all, this is their livelihood, so you can understand how tempers can flare up at points.

With some time to cool off, van der Walt backed off his original stance, explaining what many other in his position don’t air publicly.

And then there’s this, from Friday in Arizona. The plot thickens…

What appears to be Mike Weir in Scottsdale, a day after withdrawing with the flu (via @the_fried_egg) pic.twitter.com/p6AZRURcc2