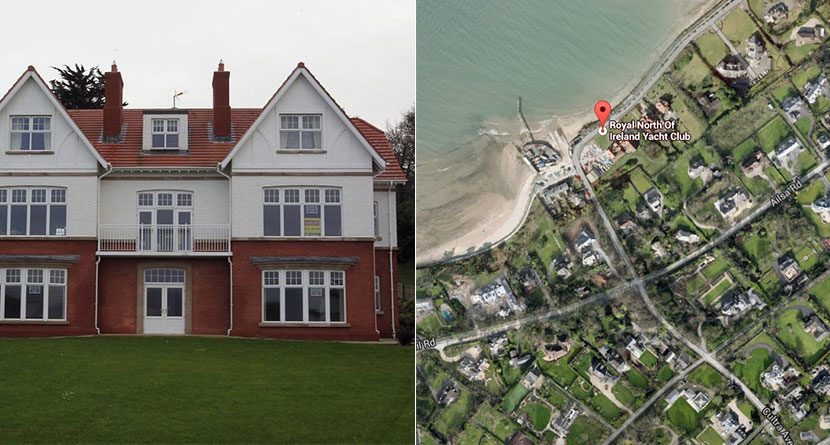 If home is where the heart is, Rory McIlroy is keeping at least a piece of his heart in his hometown.

The world’s top-ranked golfer recently scooped up a lavish bachelor pad near his hometown of Holywood in Northern Ireland directly on the Cultra Seafront.

The residence, of course, is one of a handful for the golfer, who has earned more than $47 million on the European and PGA tours and last year signed a $200 million endorsement deal with Nike. But it’s a statement that he intends to keep ties with the place he first had roots.

“Buying the house is like a bricks-and-mortar statement on his commitment to Northern Ireland, his sense of being rooted in Northern Ireland,” his spokesperson, Terry Prone, told SundayWorld.com.

Anyone fancy a swim?

The new house is part of a block of luxury apartments and reportedly went for £400,000 (roughly $628,000). It checks in at 8,000 square feet and includes a private lift and under-the-floor heating. Rory intends on revamping the entire suite and even requested a refrigerator so big that the movers dropped it on the house’s grand staircase. Unfortunately, the staircase will have to be rebuilt.

Rory’s residences have made big news in recent years. First, he sold his old mansion in Northern Ireland — which featured a gym, swimming pool and even a golf course — before it became a wedding venue and vacation home. Then, in late August, McIlroy bought this ridiculous $2 million condo on Singer Island near Palm Beach, Fla. This 3,100 square-foot, three-bedroom condo is the 10th floor penthouse at Ocean’s Edge. As you might imagine, the space itself is incredible and the views are breathtaking.

Needless to say, it’s good to be Rory McIlroy.