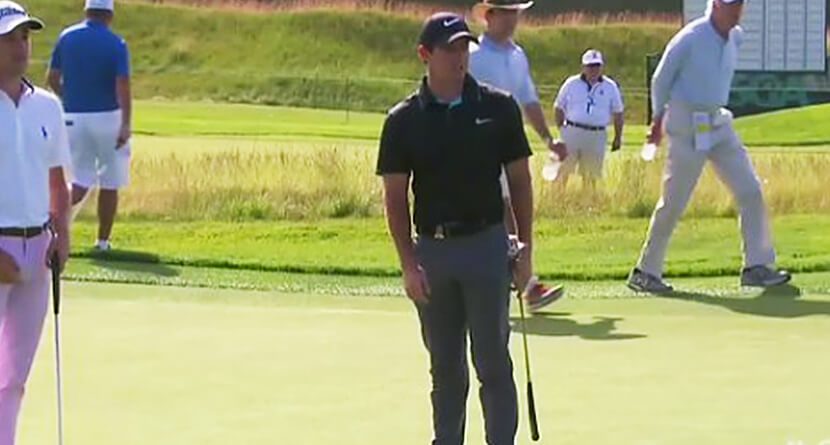 The narratives coming out of Oakmont Country Club this U.S. Open week have revolved around the difficulty of the Henry Fownes-designed track. Long and penal rough has long become the norm at America’s national championship, but the greens are typically a product of the host course.

Oakmont, perhaps more than any other course in the world, has the fastest and most undulating greens that the pros will play. As a result, we get videos like this from Golf Channel. Rory McIlroy, playing a practice round this week, tried to get cute, putting a ball up a slope in order for it to trundle back down to an expected hole location.

The putt goes out of the frame only to come screaming back down the slope and past the hole marker, then this happened.

Rory: “Everyone move aside, I got this!” pic.twitter.com/U4fcdLdcxx

There might be more than a few three-putts this week.