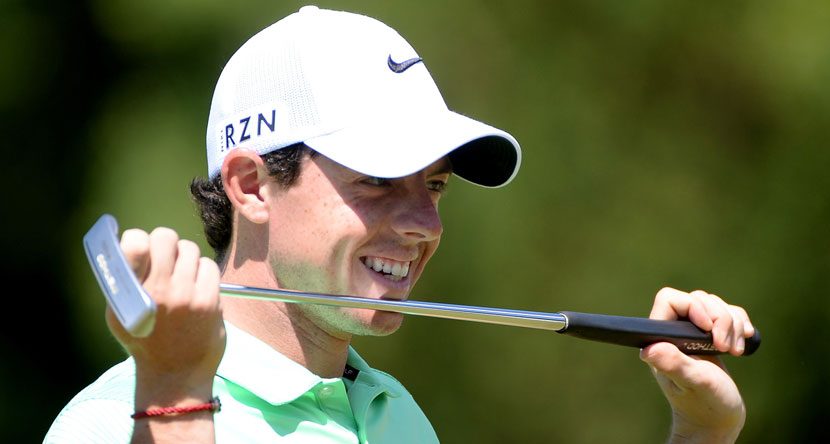 At last! Rory McIlroy is “re-United” with his golf clubs after being without them for a few days just before the start of the Irish Open. His clubs were lost during his trip to Ireland after leaving from Newark, N.J., on Monday.

Hey @united landed in Dublin yesterday morning from Newark and still no golf clubs… Sort of need them this week… Can someone help!?

McIlroy tweeted this photo Wednesday of himself and his golf bag, and boy, does he look happy:

It must have been a long few days for the two-time major winner, as he was unable to practice with his clubs for two days. Thankfully, he has them back now. I guess customer service on Twitter really does work, too.

@McIlroyRory We have good news. Your clubs will be in tomorrow and we’ll deliver them to the tournament for you. ^JH

He’ll tee off at 7:50 a.m. GMT alongside Stephen Gallacher and Padraig Harrington on Thursday for the first round of the Irish Open.

Related Link: Rory McIlroy Will Play for Ireland in 2016 Olympics